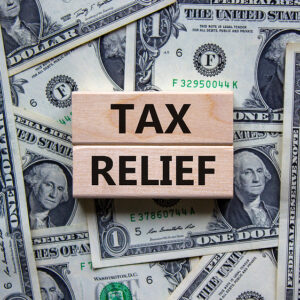 Bedford Republican Sen. Denise Ricciardi believes it’s time for her party to embrace property tax relief, and she believes the opportunity is in plain sight. She’s pushing legislation to force the state to keep its word on distributing meals and room tax revenue to cities and towns.

“I’m a person that believes in doing what right, and [the state] broke its promise,” she told the NHJournal.

That promise is the state’s commitment to sending 40 percent of its net revenues from the meals and room tax to local governments. In January, she sponsored Senate Bill 99, which would ensure the state keeps its word. The bill is co-sponsored by Reps. Patrick Abrami and Niki Kelsey, as well as Sens. Jeb Bradley, Sharon Carson, Erin Hennessey, Kevin Avard and William Gannon. SB99 was voted out of the Ways and Means Committee Monday  5-0 and will go to the full Senate for passage. The legislation is designed to increase the amount of Meals & Rooms (M&R) tax money sent back to cities and towns to help lower local property taxes.

Before the economic downturn of 2009, the state legislature had been meeting that 40 percent commitment, but not anymore.

Last year the state sent towns and municipalities $68 million from the meals and rooms tax while the state itself took in $308 million, just 22 percent of the total. If Ricciardi’s bill was in law, she says it would have sent roughly $123 million to local governments.

And that revenue, Ricciardi says, will take the pressure off of cities and towns to raise property taxes to pay their bills.

According to Wallethub, New Hampshire has the third-highest property tax rate in the country, trailing only New Jersey and Illinois. In the Granite State, an owner of a median-value property would be paying $5,701 every single year just on their property tax.

“Allowing cities and towns to keep the lion’s share of annual increases in Meals and Rooms Tax revenues will provide tax relief to homeowners and businesses facing high local property taxes,” said Ricciardi, who also serves as the Vice-Chair of the Bedford Town Council.

Granite State Democrats tried to make property taxes a key part of their 2020 campaign, arguing that any cuts in business taxes were a de facto property tax hike. However, their message became muddled when gubernatorial contender Andru Volinsky suggested he might support higher property taxes as part of an “equitable” school funding formula; and eventual Democratic nominee Dan Feltes announced he would reject any broad-based sale or income tax as part of any property tax reduction plan.

In Governor Chris Sununu’s budget address this year, he proposed reducing the meals and room tax from 9 percent to 8.5 percent, which would be the lowest rate in more than a decade. At the same time, he proposed sending up to $15 million in additional revenue to cities and towns.

Ricciardi says she plans to keep pushing until the revenue returns to its rightful levels. “I’m a fighter, I’m not really a politician. I got into politics by being a voice for the people and fighting for people. I just don’t give up. That’s the Greek in me.”