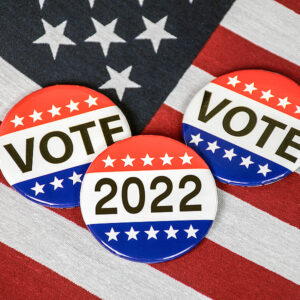 Posted to Politics May 03, 2021 by Andrew Mahaleris

Republicans see New Hampshire’s late primary as an “incumbent protection program” and are looking to change it in the lead-up to the 2022 election. Under current law, the Republican challengers to Sen. Maggie Hassan and Rep. Chris Pappas would emerge from a potentially divisive primary with just six weeks to regroup and raise money for the November general election.

Despite hosting the “First In The Nation” presidential contest, New Hampshire’s September primary is the second-latest such election in the country. Only Delaware’s is later.

The bill, HB 98, sponsored by Sweeney, Joe Alexander (R-Goffstown), and Cam Kenney (D-Durham), would move the state’s primary election date to the fourth week in June, putting it more in line with elections across the country.

“HB98 would be a big step forward to restoring the power to voters. New Hampshire voters deserve to hear equally from both sides and weigh the issues and candidates to make the decision that best fits their community and our state as a whole,” Berry told NHJournal Monday.  “By moving the primary date backward we allow candidates from both sides to make their arguments on their merits and not just rely on their name ID or incumbency to win reelection.”

Last month, just six Democrats voted with Republicans in the House to pass the measure, 195-174, sending it to the Senate. Insiders say House Democrats don’t believe they can afford to be seen voting with the GOP on any election law issues in the current political climate.

Dave Carney, a veteran GOP consultant, isn’t buying what the Republican legislature is selling, however. He thinks there’s more to blame for recent GOP losses than the calendar.

“If we keep nominating folks who don’t have a clue on how to win or can’t attract national resources we will continue to come up short,” Carney told NHJournal. “The primary might be last week and it still won’t help. Message, messenger, and money: Some combination of these three things matter. Playing with the schedule is just a marginal feel-good exercise.”

Secretary Bill Gardner, an institutionalist who has sided with the GOP on election laws as of late, doesn’t like the bill either, telling WMUR he thinks moving the date would hurt voter turnout on Election Day,

But according to a UNH poll from February, one group of people who are on board is the voters themselves. In the poll, 86 percent of Granite Staters said the change would make no difference in whether or not they voted. Only 4 percent said a June primary would make them less likely to vote.