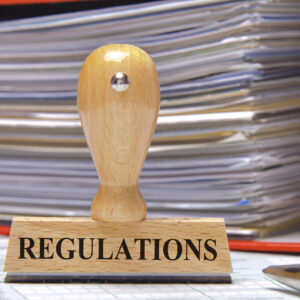 From Vaccines to Banks, N.H. Sees Misguided Efforts To Restrict Freedom in the Name of Liberty

“While the talk is about free markets and private property—and it is more respectable than it was a few decades ago to defend near-complete laissez-faire—the bulk of the intellectual community almost automatically favors any expansion of government power so long as it is advertised as a way to protect individuals from big bad corporations, relieve poverty, protect the environment, or promote ‘equality.’”

— Milton Friedman, introduction to “The Road to Serfdom” 50th-anniversary edition, 1994

The right-of-center movement in the United States is shifting toward statism in a way even many of its self-proclaimed liberty activists don’t realize.

Responding to relentless left-wing provocation, people on the right think they’re defending liberty by using the state to block or punish private-sector actions they dislike. Instead, they’re expanding state control over private behavior.

The “Live free or die” state is not immune to this shift. Here, lawmakers who believe themselves to be righteous champions of liberty are trying to extend state control over private contracts and decisions.

To pick one example, consider House Bill 1210, relative to exemptions from vaccine mandates. The bill requires any employer that receives any public funds, including grants or contracts, to allow a “right of conscience” exemption from vaccination.

Framed as a defense of individual liberty, the bill actually would reduce liberty.

If enacted, it would weaken the right of free individuals to associate only with others who accept their dedication to fighting infectious diseases through vaccination.

Vaccination status is not an immutable characteristic like race or sex. It is a choice, and not a purely individualistic one. It can have profound, even life or death, consequences for others.

Were the bill to pass, health care facilities such as nursing homes and hospitals would be required by law to hire employees who refuse to vaccinate themselves against any and all infectious diseases. The bill covers all vaccines, not just those for COVID-19.

A virus is a foreign living organism that invades a body and uses it as a host. Viruses cannot replicate by themselves. They infect host cells and use them for reproduction, usually killing them in the process. Vaccines are designed to protect cells against invasion and destruction by alien organisms. Their purpose is to preserve bodily integrity.

Viruses aren’t libertarian. They’ll infect anyone they can. People have a right to choose to associate with others who agree to vaccinate. This bill would violate that right in pursuit of a non-existent right to join a group without agreeing to its terms.

Conservatives can easily see that it would be a violation of individual rights for the state to require religious employers or ideological organizations to hire anyone regardless of their beliefs. This bill violates the freedom of association in a similar way.

Should HB 1210 become law, a cancer patient would be unable to seek medical care in New Hampshire in a facility with a fully vaccinated staff. That’s not protecting people’s rights. It’s forcing people to associate with others who might be a danger to themselves.

The libertarian saying that your rights end where my nose begins applies here. Going unvaccinated (or not) is not a lifestyle choice like getting tattooed or piercing one’s nose. It can have a direct, potentially catastrophic effect on others. And others have a right to protect themselves against that through their associations.

Like House Bill 1469, which seeks to restrict the free association rights of all New Hampshire businesses under the guise of regulating banks, HB 1210 would expand the power of the state to regulate economic transactions in new ways.

Supporters of such market interventions honestly think they are taking steps to protect individuals. But they’re mistaken. Unwittingly, they are moving to empower collectivism and weaken the liberty of the individual.