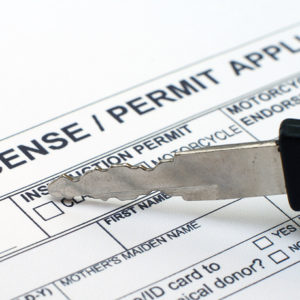 From ‘Social Credit Scores’ to Driver’s Ed, Legislators Often Assume More Knowledge Than They Have

In New Hampshire, Republicans tend to think of themselves as opposed to government regulations, especially ones that can be called “social engineering.” And yet Democrats don’t have a monopoly on such efforts.

A recent example is House Bill 1469, which originally would have prohibited banks from using so-called “social credit scores.” An amendment improved the bill by tightening its prohibitions, but it remains a solution in search of a problem.

The idea is that the state must protect individuals and groups from financial institutions that attempt to “discriminate” based on “ideological, philosophical, or political views and opinions.”

Yet in seeking to protect some rights, the bill violates others.

It states that financial institutions may not “advocate for or cause adverse treatment of, any person, business, or organization in their business practices” for various political, ideological or philosophical reasons “unless such action is necessary for the physical safety of its employees.”

This wording would go well beyond prohibiting banks from turning away customers whose politics bank officials might dislike. It would constrain the ability of financial institutions to advocate or support particular charitable causes, make public statements on a range of issues, and even manage their own brand and contractors.

Such efforts to micromanage corporate business practices usually come from the political left. They create no fewer problems when they emerge from the right.

Republicans might see this overreach more clearly if it comes in a familiar form. House Bill 1538, for example, would mandate that laborers on public works projects be paid the prevailing wage.

A longstanding bipartisan example of legislators using power to replace others’ judgment is the state’s driver’s education mandate. This is not a classic market intervention, as setting the requirements for using public roads is appropriate government rule-making. But this law nonetheless involves legislators mistaking power for knowledge and wisdom. It doubles as a protection for a particular industry to boot.

None of these presumptions is true.

Going back decades, so many studies on this topic found that driver’s education offers no significant safety gains for young drivers that this was long the conventional wisdom. The research is mixed, however, and some studies have found benefits. The trouble is that evaluating programs is difficult, and limitations on the quality of research have made it hard to determine a definitive answer.

And yet the state forbids minors from getting a driver’s license without first taking an expensive course of questionable value.

Ultimately, if a student can pass the state’s driver’s test, it shouldn’t matter who taught the student to drive. The test itself should be the ticket to a driver’s license. Yet the only legal pathway for a minor to get a license is through a professional driver’s education program.

House Bill 1208 would fix this disconnect between the research and the law by giving parents who possess a driver’s license the option of teaching their own children to drive.

It wouldn’t end private driver’s education instruction. It would just give families the option of providing it themselves rather than hiring someone else to do it. Teens would still have to pass the state driver’s exam. That seems reasonable given the cost of these programs and the lack of conclusive evidence that they make roads significantly safer.

Not all regulations are harmful, of course, and sometimes legislators do make well-informed decisions. But as these examples illustrate, the impulse to impose a preferred outcome seldom comes with enough knowledge to conclude that the imposition is wise.