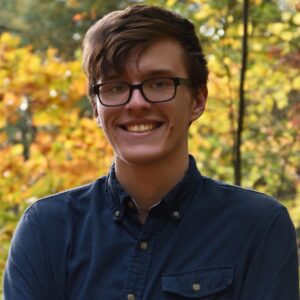 As tensions in the New Hampshire House Democratic Caucus boil over, with allegations of racism and antisemitism flying, one liberal has released a letter condemning the party’s leadership for alleged hypocrisy and corruption.

Rep. Tony Labranche (I-Amherst) left the Democratic Party earlier this year, telling NHJournal: “I’m changing my affiliation to independent because of the undemocratic nature of the state’s Democratic Party’s leadership. The irony is that the ‘Democratic’ party is the least democratic institution I’ve ever been part of.”

He reiterated those claims in a letter he emailed to the entire House Democratic Caucus late Friday night explaining his decision to leave the party. (Read the entire letter here.)

In his email, Labrance repeatedly reiterates his decision to leave “has nothing to do with the leadership of the caucus.” Instead, he says, the party “did not have my back” when he faced backlash over being “a young, gay, and progressive man holding office” in New Hampshire. In particular, he calls out N.H. State Democratic Party chair Ray Buckley — who is gay — over his treatment.

“The Democratic Party claims to stand with the LGBTQ+ community and other minority groups, yet when the youngest openly LGBTQ+ legislator in this country’s history reached out for help I was ignored,” Labranche wrote.

Labranche also called out the Democratic Party for ignoring its own rules when it comes to governing the party, silencing dissenters, and quashing debate. “I cannot in good conscience be a member of a party that calls itself Democratic, yet refuses to follow its own constitution and does not allow regular party members to partake in the governance of the party.”

And, Labranche said, his fellow Democrats have treated him poorly since he announced his decision to leave the party.

“One leader of the Young Democrats asked me to resign [from the House] for this affiliation change. Additionally, an Assistant Floor Leader seemed to use the health of leader [Renny] Cushing as a way to argue against my departure, stating that Renny was on his deathbed and, at the request of the family, I should hold off my departure. I found these remarks very disturbing as they were followed by thinly veiled attempts at coercing me to remain a Democrat.

“I was not expecting such a backlash from a caucus that I had called home for the past year and wanted to continue working with,” Labranche said.

The letter comes as an inopportune time for the state’s Democratic Party. Open warfare has broken out between progressive activists and some traditional Democrats over the handling of an incident involving Rep. Nicole Klein Knight. The Manchester rep allegedly used the “N-word” repeatedly in a conversation with 18-year-old Jonah Wheeler, a Black activist who was at the State House to testify before a House committee on January 20. She also called security to intervene.

A group of BIPOC progressives took the unusual step of releasing a public letter condemning Klein Knight, sparking a debate over how the incident should be handled. Some White Democrats, like. Rep. Casey Conley (D-Dover) complained the issue should have been addressed in private. Casey accused the progressives of ‘score settling’ in the Klein Knight incident.

BIPOC progressives of color took to Twitter to condemn this attitude as racially insensitive.

“To my BIPOC friends and community members: this is what NH Democrats think of us when we stand up against bigotry within our own party,” tweeted Jordan Thompson, executive director of BLM Nashua. “Not only are Rep. Conley’s comments disparaging and disrespectful, they are also false. We tried to address this issue privately to no avail.”

In a desperate bid to stop the political bleeding, Democrats held a private 90-minute online meeting Friday night. Both Minority Leader Renny Cushing (D-Hampton) and Assistant Leader David Cote (D-Nashua) participated — a rare occurrence as they struggle with health issues, and a sign of just how big a problem the infighting has become. The purpose of the meeting was to, as one Democrat who participated in the event told NHJournal, “get everyone on the same page and to stop talking to you [NH Journal].”

It did not work. Within hours, progressives were once again targeting their fellow Democrats with accusations of ignoring the concerns of people of color. Meanwhile, some more traditional Democrats continue to suggest the real problem is the antisemitism within the progressive caucus. The fact that progressives continue to attack Klein Knight — who is Jewish — isn’t doing anything to quell these concerns.

And NHJournal obtained an email thread Saturday showing the caucus’s concerns about the news site continue as well.

Rep. Conley emailed the caucus, “Stop putting this stuff in writing!!!!! Michael graham [sic] already has a copy. Stop!  And whoever is leaking, knock it off!!!!!!”

To which Rep. Paul Berch (D-Westmoreland) replied, “Casey – they are not going to stop leaking because it is part of an agenda.”

Whatever the House Democrats’ agenda is, it’s currently being trumped by the disarray inside their party. That may explain why rumors abound of more members of their caucus eyeing the partisan exits.