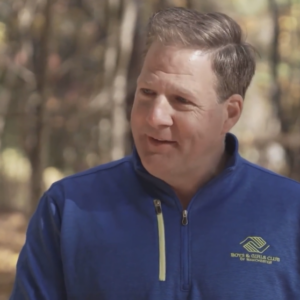 It is the latest, and most explicit, indication Sununu is seriously considering entering the 2024 GOP contest for president. 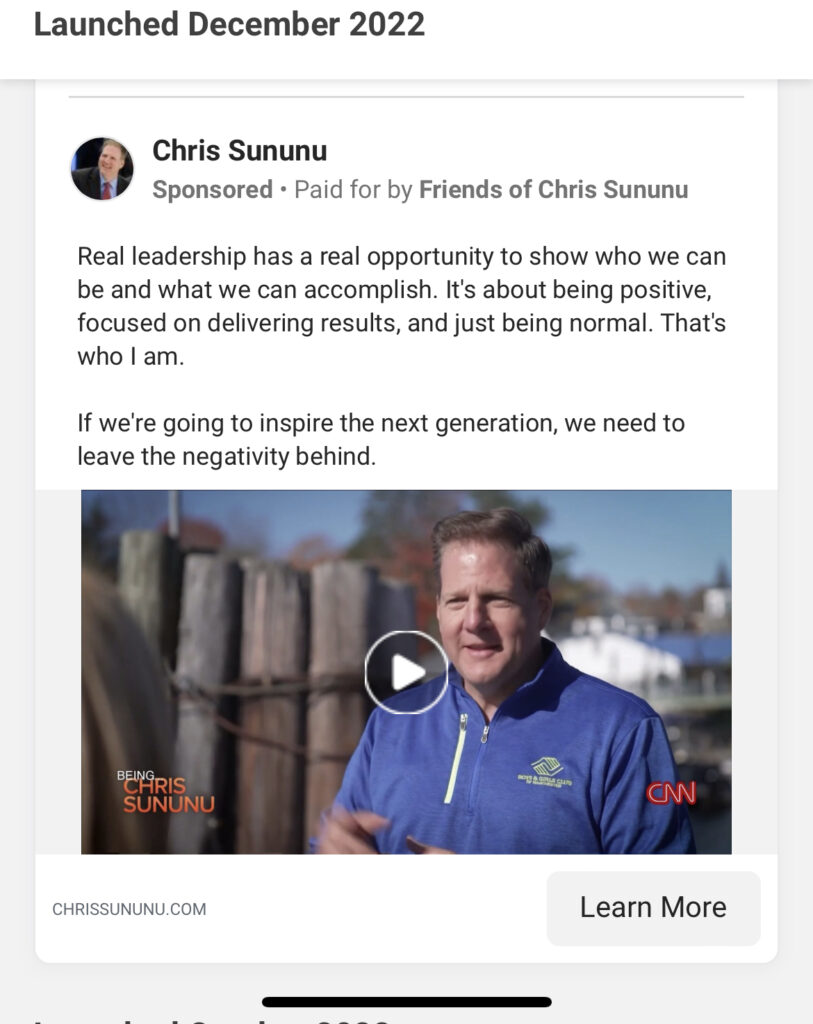 There is currently only one declared major candidate in the race: Former President Donald Trump.

According to the ad data available from Meta (the parent company of Facebook), the Friends of Chris Sununu committee spent $500-$599 dollars on the ad, which targeted just the two states. Since the ad was posted on Sunday between 150,000 and 175,000 people had viewed it as of 9 p.m. Tuesday, with 56 percent in the Palmetto State and the rest in Iowa.

“There are less than 13 months until voters cast ballots in the 2024 race,” said Neil Levesque of the New Hampshire Institute of Politics. “Sununu is clearly attracting a national Republican audience to his successes in New Hampshire,  and this has led to people pushing the idea: This is Sununu, and this is winning.”

“The more you look at the potential Republican field, the better Chris Sununu looks. Don’t hide your light under a bushel.”

A new Harvard/Harris poll, however, indicates U.S. registered voters appear to be pretty happy with at least one other likely candidate, Gov. Ron DeSantis (R-Fla.). They gave him a 45-31 percent, or net +14 point, approval rating. That was far higher than both Trump and President Joe Biden, whose potential 2024 bids are opposed by a majority of Americans according to the poll.

Among GOP voters, Trump still leads DeSantis in the “who would you vote for today” question, 48-25 percent. Former Vice President Mike Pence is at six percent, former U.N. Ambassador Nikki Haley is at 4 percent, and Sununu’s name did not appear.

But that is not for a lack of media effort. Sununu has been a regular on cable news since November’s midterm elections, including a one-hour “Being… Chris Sununu” program on CNN last Friday night and a Fox News hit with Neil Cavuto on Tuesday.

“You’re in New Hampshire, it’s the kickoff primary [in the GOP], that gives your a certain advantage,” Cavuto said. “You won in a walk for reelection, you could make a credible case. What would make you decide one way or another?”

“First we’ll have to see if my application to be the CEO of Twitter comes through. If it doesn’t, all options are on the table,” Sununu joked, before giving his standard that people are talking about it and “we’re having conversations, but right now my focus is on New Hampshire.”

If he does decide to enter the race, he may get a less-than-warm welcome down South.