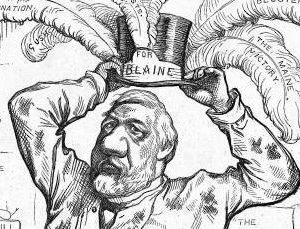 While the U.S. Supreme Court’s rulings on election law and donor disclosure on Thursday are making all the headlines, education experts say a decision issued last year shooting down so-called Blaine amendments may mean more in New Hampshire.

The New Hampshire state constitution contains Blaine amendment language, a vestige of the nation’s anti-Catholic, anti-immigrant past. And before Supreme Court’s ruling, that language could have endangered the state’s “Education Freedom Account” (EFA) law included in the new budget.

EFA’s would allow families to use the state’s portion of their child’s per-pupil funding — the adequate education grant — for authorized education expenses outside of their assigned public school.

According to a panel of school choice experts recently convened by the Center for Education Reform, the 2020 SCOTUS ruling in Espinoza vs. Montana cleared the path for parents to choose the education they want for their children.

“State law can no longer provide an obstacle to the participation of religious schools,” said Paul Clement, former U. S. Solicitor General.

Clement called the Espinoza ruling transformative and which finally lays to waste the blatantly anti-Catholic Blaine amendments found in state constitutions across the country. New Hampshire is one of 37 states that adopted the education funding amendments proposed by James Blaine in the 1870s.

At a time when Irish and German Catholic immigrants were coming to the United States in large numbers, Blaine, a Maine Republican and then-Speaker of House, used anti-Catholic bigotry to push for prohibitions against public funding of Catholic schools. These amendments were called often called “no aid” amendments, or amendments against “sectarian education.

Public education in the 1870s included Protestant Bible teachings and was aimed to assimilating immigrants into the American and Protestant culture.

Clement said the Espinoa ruling calls into question the continued existence of these amendments in state constitutions. The Espinoza decision involved a Montana state program that allows parents to get a dollar-for-dollar tax credit for money donated to private schools. The Montana Supreme Court ruled the program violated the state’s constitutional “no aid” provision, banning the use of public funds to support religious activities.

“Blaine is almost dead, but it needs one final thrust before it’s fully dead,” said David Hodges, an attorney for the Institute for Justice.

There are still some legal questions left unanswered about the Espinoza ruling, and Hodges said he hopes to get them cleared up at the United States Supreme Court level soon. The big push, however, needs to come from state legislatures, he added.

The COVID-19 pandemic created a surge of interest in private and religious schools as many public schools throughout the country stayed closed despite science showing it was safe to hold classes with COVID-19 precautions in effect. Hodges said that will help push more parents into seeking to get rid of the Blaine amendments in their states.

“The pandemic exposed the bad faith of many teachers unions,” Hodges said.

Ross Izzard, with ACE Scholarships, said the work needs to be done by parents. “As huge as the Espinoza win was, and it was massive, it is not enough to get kids what they need,” Izzard said.

He wants to see parents get involved at the local level advocating for more school choice.

Animosity toward religious education lingers in the Granite State. Last year, a Croydon, N. H. family filed suit when the town wouldn’t pay for a student’s K-12 education tuition to a religious school the same way they did to secular schools under their ‘town tuition’ policy.

Le temporarily lost her position on the House Education Committee and has since left office.

The EFA program in the newly-signed budget will send between $4,000 and $5,000 per pupil to qualifying parents per year, and the parents can withdraw their students from a public school and then directly spend that money on tuition, tutoring, homeschool materials, and school supplies as the family deems necessary.