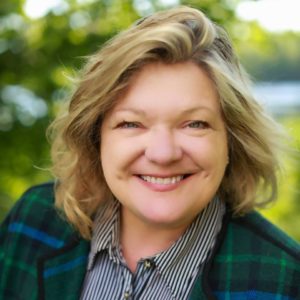 Hours after NHJournal first reported the story of Rep. Tamara Le’s Facebook post saying “F*** private and religious schools!,” the North Hampton Democrat deleted her post, then re-posted a profanity-free version of the same attack on private and parochial schools.

“92% of private and religious K-12 schools in NH have admission policies that DO NOT have anti-discrimination protections for students with disabilities,” Le posted on both Facebook and Twitter after removing her original message. “Institutional discrimination is often so embedded you don’t see it.”

Rep. Le declined to respond to multiple requests for comment and has not explained why she took down her original post. As recently as Saturday she was standing by her “F*** private and religious schools” statement, insisting to FB commenters that her message was on point. Several of her fellow NH state reps, including Casey Conley (D-Dover) and Heidi Hamer (D-Manchester), ‘liked’ her F-bomb message on Facebook.

Le represents North Hampton, Greenland, Newington and part of Portsmouth.  She is a member of the House Education Committee where she has made her opposition to private schools in general, and school choice in particular, widely known.

Republican House leader Rep. Dick Hinch (R-Merrimack) has called for the Speaker of the Democrat-controlled House Steve Shurtleff, to “remove her from the House Education Committee, and he should, in the strongest terms, condemn this type of behavior from her.”  Speaker Shurtleff has declined to respond.

After being shown a screen capture of his ‘like’ of the post by NHJournal, Conley insisted, “As someone who graduated from a religious high school, and who benefited greatly from the experience, it does not seem like something I would have purposely done.”

However, Conley is very purposeful in his support of his Democratic colleague. “Rep. Le is one of the strongest advocates in the legislature for education, and in particular for people with disabilities. She is a kind and decent person whose presence makes the education committee better.

“Rep. Hinch should worry about his own caucus, members of which can’t seem to go a week without saying or doing something that brings embarrassment to our state and its residents,” Conley said.

Republicans take issue with Conley’s description of the f-bomb-throwing, anti-religious-school activist as “kind,” and they continue to insist that she cannot oversee private schools on an impartial basis.

“I can’t believe this is a look Democrats want going into the 2020 election,” one longtime politico observer told NHJournal.