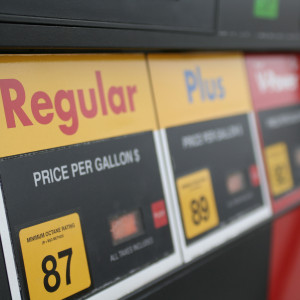 President Joe Biden is blaming Big Oil for today’s rising gas prices, causing one senator to say it is a deflection away from the real cause of the inflation.

“There are some natural things that happened in the pandemic with supply and demand, but believe me, we know the situation,” said U.S. Sen. Kevin Cramer (R-N.D.) at a virtual event Wednesday hosted by the Grow America’s Infrastructure Now (GAIN) Coalition. “We’re producing less than we were before the pandemic and the demand is very high, so, he caused that, he created it.”

In a letter to Federal Trade Commission (FTC) Chair Lina Khan, Biden said he wanted to “call attention to the “mounting evidence of anti-consumer behavior by oil and gas companies.”

“The bottom line is this: gasoline prices at the pump remain high, even though oil and gas companies’ costs are declining,” Biden wrote. “Bring all the Commission’s tools to bear if you uncover any wrongdoing.”

Earlier this month, Energy Secretary Jennifer Granholm laughed during a television interview about gas prices and whether going after more domestic energy might bring relief.

“That is hilarious,” Granholm said. “As you know, of course, oil is a global market. It is controlled by a cartel. That cartel is called the Organization of the Petroleum Exporting Countries (OPEC).”

It was around the same time that the Biden administration asked “that cartel” to increase production so as to help Americans with the cost of gas and home heating oil. OPEC declined.

Speaking at Wednesday’s GAIN event, Ron Ness, president of the North Dakota Petroleum Council said it was not that long ago that Americans paid no attention to OPEC.

“For the last five to seven years, as America was ramping up its oil production, we didn’t care when they met, what they said,” said Ness. “We controlled the world oil market and the American energy producers were producing more and more energy and supply was going up to meet demand.”

There has also been talk of the Biden administration tapping into the strategic petroleum reserves, something Ness says is an option always floated out during times of high gas prices.

“The American public fully understands what has led to resulted in rising gas prices, and that is rising crude oil prices,” said Ness. “What has been the cause of that? Since day one, the Biden administration has been attacking American energy producers, it has led to a decline in investment, a decline in production, and now we’re blaming OPEC when we have great technology, we do it more environmentally friendly than anyone, (and) we can and do supply the world with energy.”

Something needs to be done, Ness argued. And fast.

OPEC requests to increase production aside, the Biden administration wants to reduce America’s dependency on fossil fuels as part of a broader effort to promote alternative energy. While his administration has openly opposed increased domestic oil and gas production, the newly-passed infrastructure bill includes $7.5 billion for electric vehicle charging stations.

“The single most important thing that’s got the attention of the world is climate,” said Biden at this year’s U.N. climate conference in Scotland.

Kramer told the GAIN event that we can go after our domestic energy sources in a more environmentally friendly way than other nations. “There are a whole bunch of things in front of us here in Congress, mainly trying to defend against the actions of this administration.”

Retired Marine Maj. Gen. James “Spider” Marks agreed. “The senator nailed it when he said he sees this through a prism of geopolitical interests among many other things,” he said at the GAIN event. “Our efforts here at GAIN really are through the filter of readiness in terms of our military community.”

Because taxpayers expect a military that is prepared to fight at any moment, Marks said the nation needs energy independence.

“We’ve learned through the COVID pandemic that we are a very connected, interconnected, interdependent world, almost to a degree of risk,” said Marks. “We have to moderate that risk, we’ve got to be able to maintain our independence.”

That, said Marks, should be the priority for this and every administration.