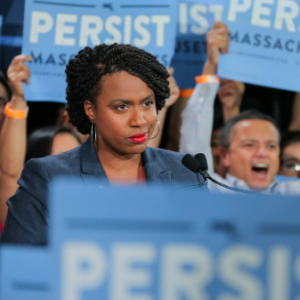 Two prominent Massachusetts liberals have launched yet another attack on New Hampshire Democratic voters as “too white” to be allowed to play a key role in the primary process regarding candidates of color. And once again the state’s elected Democratic leaders remain silent.

During the past week, two of Sen. Elizabeth Warren’s surrogates have gone out of their way to criticize both New Hampshire and Iowa for an alleged “lack of diversity” and, they argue, an unwillingness or inability to deal with racial issues and candidates of color. Rachael Rollins, the Suffolk County, Mass., district attorney, told the audience at a Warren event last week that New Hampshire and Iowa are “two of the least diverse places on the planet Earth.”

“Maybe not the planet Earth,” she clarified, “because there’s Norway.”

Massachusetts Congresswoman Ayanna Pressley is even more negative about New Hampshire, saying the order of the primary states should “absolutely” change because it favors white and male candidates, according to Politico. Pressley also rejects the notion that the fact President Obama carried Iowa in the primary or New Hampshire in the general election (twice) means the people of those states can be trusted on issues of race.

Paid for by the Coalition to Restore American Values

“You know what, people use Obama for everything: ‘This is supposed to be our evidence of a post-racial America,'” Pressley said. “Ultimately, whether we’re talking about racial justice or leadership parity or political representation, it’s not about these exceptional anomalies and one-offs. It’s about system change.”

Pressley is one of the co-chairs of the Warren campaign. Another top Warren surrogate, former 2020 POTUS contender Julian Castro, is an outspoken critic of two early states.

“We can’t go around thanking black women for powering Democrats to victory all over the country, and then at the same time hold our first caucus and our first primary in states that have almost no African Americans,” Castro said when he dropped out of the race. “We’re right to call Republicans out when they suppress the votes of African Americans or Latinos, but we’ve also got to recognize that this 50-year-old process was created during a time when minority voices had zero power in the [Democratic] party.”

Telling the voters of New Hampshire and Iowa that they’re too racially insensitive or lacking in judgment to pick the Democratic nominee is pretty insulting, particularly among progressives. Why is Liz Warren letting her surrogates make this attack on the trail?

The Massachusetts senator is no doubt aware what her high-level surrogates are saying, and she hasn’t rebutted them. That may be because Warren’s own position on New Hampshire’s place in the campaign calendar is shaky at best. Earlier this month when asked if she supported the Granite State’s “First In The Nation” status, Warren declined to answer.

Asked on Friday by reporters after the town hall if she thinks New Hampshire should keep its first-in-the-nation presidential primary status, Warren didn’t directly answer.

“I think that Julian [Castro] raises an important issue,” Warren said of his attacks on New Hampshire Democrats. “I am very glad that the process we use right now is to go to four states in four weeks right at the beginning. It gives us very different states with very different sets of issues to go on.

There’s been a news story nearly every day for weeks suggesting the Democrats of New Hampshire are “too white” and suspect on issues of race and diversity. And yet none of the New Hampshire’s prominent elected Democrats have spoken out in defense of their fellow Granite Staters. Sens. Jeanne Shaheen and Maggie Hassan have declined repeated requests for comment.

In Iowa, Democrats are feeling the heat.

Steve Gorman, a Democratic candidate for the Iowa State Senate told Politico, “There’s nervousness around losing that [first in the nation status] because we know there’s a chance we could lose it.” Politico also reports that Iowa voters are feeling the pressure to deliver on a winning nominee to protect their early-state status.