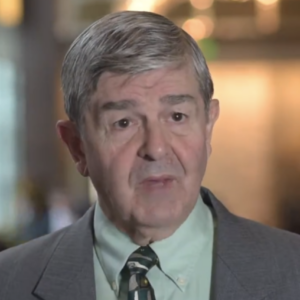 Weyler became a national laughingstock last year when he distributed a discredited conspiracy theory manifesto to his fellow committee members in a dispute over the safety of the COVID-19 vaccine.

Weyler’s document included claims that observing the vaccine under a microscope revealed “a living organism with tentacles. This creature moves around, lifts itself up, and even seems to be self-aware.

“The sight of this and the thought that these unknown, octopus-like creatures are being injected into millions of children worldwide, caused [the doctor] to weep,” the manifesto read.

The 52-page manifesto also predicted governments will “steal our very own thoughts and feelings through 5G,” and claimed that in addition to the Pope, the Catholic Church has spawned an evil “Black Pope” and a “Grey Pope.”

“This supreme puppet master operates entirely in the shadows, from where he yields enormous power over the world.” 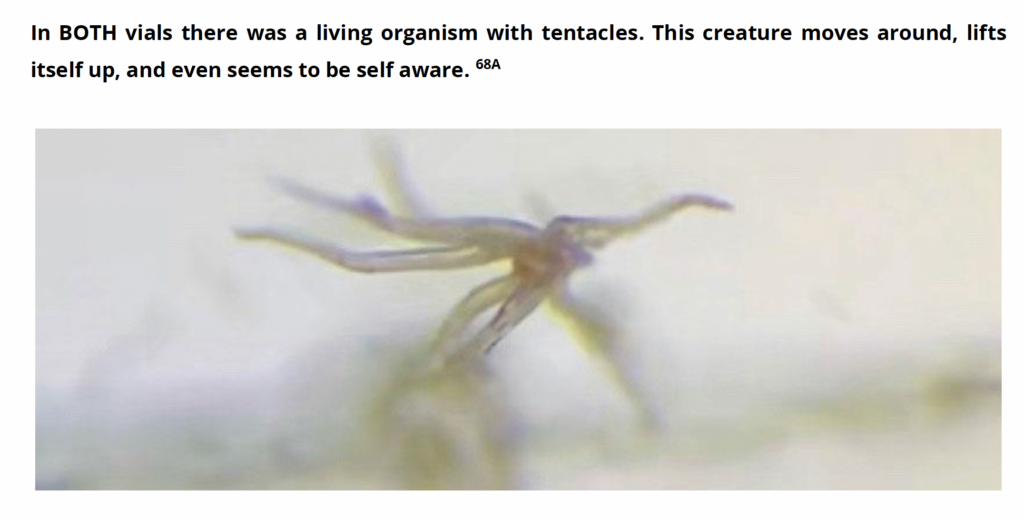 From the manifesto presented by Rep. Ken Weyler to his fellow House members.

Despite apologizing for releasing the document, which he said he hadn’t read in its entirety, Weyler was forced to resign from his chairmanship.

“Rep. Weyler and I spoke about my deep concerns about the content in his emails and comments during committee meetings. He realizes his error in judgment and recognizes it has compromised his ability to lead the House Finance Committee and Joint Fiscal Committee both now and moving forward,” Speaker Sherman Packard (R-Londonderry) said in a statement at the time.

Just over a year later, the 81-year-old Republican is back in the Finance Chair job. When Packard released his list of chairmen, Democrats pounced.

“This week Republican House Speaker Sherman Packard released his list of House chair and vice chair assignments, which include some of the most far-right, low-quality conservative activists ever assembled in the New Hampshire state legislature,” the New Hampshire Democratic Party said in a statement. Among the appointments singled out: Ken Weyler.

“Rep. Weyler resigned from leading the Finance Committee in disgrace just last year after sharing a document with anti-semetic [sic] conspiracy theories with legislative leaders, with even Republican Gov. Chris Sununu calling for his resignation,” they wrote. “His behavior was covered extensively on late-night talk shows, in a humiliating episode for the state.”

Asked about the House leadership’s decision to bring Weyler back, Sununu called it a “terrible move.”

“We drove him off the committee a year ago,” Sununu told WGIR radio. “I’m curious what nonsense will come out of Ken Weyler’s mouth next.”

Then again, he added, “Are we really shocked that the House is doing something wacky and unexplainable?”

Weyler did not respond to multiple requests for comment. However, several sources inside the House GOP told NHJournal the caucus had little choice but to put Weyler back in charge of the budget due to his extensive knowledge of the numbers and the process. “He has too much institutional knowledge,” one GOP representative said. “We don’t like it, but who else do we have.”

House Majority Leader Jason Osborne (R-Auburn), who was part of the decision to bring Weyler back, appeared to confirm that view. And he also urged his fellow House members to rise above the partisanship as a new session approaches.

“Every two years I wipe the slate clean and start fresh, with people from both sides of the aisle,” Osborne told NHJournal. “So, I’m ready to start over and give everyone a chance, including someone who released a report about ‘tentacled creatures.'” And in a clear reference to Sununu, he added, “I’ll even work with someone who stabbed me in the back and vetoed my bills. I’ll start over with them if they’ll start over with me.”

Asked what his response is to Democrats who are attacking the GOP for putting Weyler on the chairman’s job, Osborne said he has no interest in political operators like Democratic Party chair Ray Buckley.

“I don’t work with the party bosses; I work with my colleagues in the house. And I hope they’re above this political pettiness. Rep. Weyler, whatever his other faults, is very skilled at putting together a budget. Those are the assets he brings to the House, and I trust we can keep focused on that.”