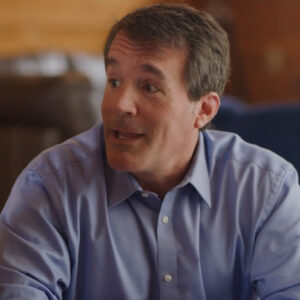 Democrats are mocking U.S. Senate candidate Kevin Smith over his appearance in a commercial for an education app that helps students complete their homework.

Gates MacPherson, deputy communications director for the New Hampshire Democratic Party, tweeted a screenshot of the ad Smith made for education company Brainly.

“In addition to running as a B-tier Senate candidate, Kevin Smith is also a… paid actor, according to his personal financial disclosure, and made $900 from the New England Models Group for appearing in an ad,” MacPherson tweeted.

Smith took the Democratic Twitter snark in stride, saying he only appeared in the ad to support his daughter, who was being featured by Brainly. The ad partially deals with struggles faced by students due to classroom lockdowns — a policy promoted and defended by Democrats like U. Sen. Maggie Hassan.

“While my acting career was short-lived and in support of my daughter, Maggie Hassan’s election year act is alive and well, although widely panned by critics,” Smith said.

A wave of post-lockdown research shows critics of closing classrooms were correct: The policy took a disastrous toll on low-income and disadvantaged students but did little to stop the spread of COVID-19.

According to Smith’s campaign, his daughter Lindsay was chosen to be in the ad. COVID procedures mandated that the producers use real parents instead of actors for the parents.

“While the Democrats and their Teachers Union counterparts were desperately fighting to keep schools shuttered, Kevin’s daughter was chosen to appear in an ad for a remote-learning education platform. Due to COVID-19 precautions, the company required actual parents to appear in the ads with their children, and Kevin was proud to support and appear alongside his daughter in that ad,” said Seb Rougemont with Smith’s team.

“As the proud father of three children in Londonderry public schools, Kevin cares deeply about their education and the education of all students across New Hampshire. Is this seriously what the New Hampshire Democrats are spending their time attacking?”

Despite her 99 percent name ID, Hassan leads Smith by just one point, 45-44 percent, according to the Granite State Poll, conducted by the University of New Hampshire Survey Center. She is leading Bolduc 47-46 percent, and she is actually losing to Morse 44-46 percent.

The attack also opens the door for Smith and his fellow Republicans to hit back. President Joe Biden is imposing new rules on charter schools that will make it harder for them to accommodate more students. As the liberal New York Times reports:

“Rules proposed by the Education Department to govern a federal grant program for charter schools are drawing bipartisan backlash and angering parents, who say the Biden administration is seeking to stymie schools that have fallen out of favor with many Democrats but maintain strong support among Black and Latino families.”

Asked by NHJournal if she supports the new rules, Hassan declined to respond.

“Hassan’s flacks are attacking an education TV ad while her Joe Biden and her party bosses attack charter schools, keeping communities from getting the quality education and classrooms they need,” Smith said.