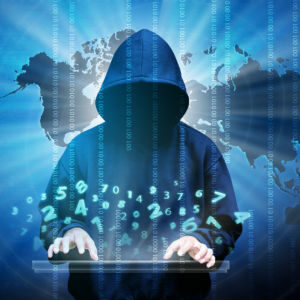 The Drug Enforcement Administration (DEA) just issued a public warning called “One Pill Can Kill” warning about the growing number of fake pills bought online, some of which are laced with potentially lethal amounts of the synthetic opioid fentanyl. Cybercrime experts say it’s just the latest sign of how big the problem has become, and how little law enforcement can do to stop it.

Millions of counterfeit medications have been confiscated just this year, many of them containing lethal doses of fentanyl. If you are wondering how much fentanyl is too much, the DEA said a deadly dose is “small enough to fit on the top of a pencil.”

According to the alert, “counterfeit pills are illegally manufactured by criminal drug networks and are made to look like real prescription opioid medications such as oxycodone (Oxycontin®, Percocet®), hydrocodone (Vicodin®), and alprazolam (Xanax®); or stimulants like amphetamines (Adderall®).

“Fake prescription pills are widely accessible and often sold on social media and e-commerce platforms – making them available to anyone with a smartphone, including minors,” the DEA reports.

“A lot of that is happening because people are taking things and they don’t expect it to be there,” Matt Albence, former acting Director of U.S. Immigration and Customs Enforcement (ICE), told a cybercrime roundtable last week hosted by United to Safeguard America from Illegal Trade (USA-IT).

“It is a growing threat to our national security and it impacts every law-abiding American,” said Albamonte. “The criminals are nimble enough to avoid law enforcement and strong enough to recruit vulnerable citizens.”

According to the DEA’s public alert, the first it issued since 2015, the majority of the pills confiscated in the U.S. are made in Mexico with chemicals provided by China. Albence, whose background is in law enforcement, said that’s the trend he’s observed. And, he added, the money Americans spend on these counterfeit goods ends up abroad as well. And not in friendly hands.

“A lot of this money is going to support these transnational criminal organizations,” Albence said. “It’s not a victimless crime.”

And it’s reaching into the heartland. Just days before the DEA announcement, police in the Seattle suburb of Burien, Wash. seized 41,530 fentanyl-laced tablets in a single arrest.

In Minnesota, DEA investigators have seized approximately 74,000 pills in 2021, up from fewer than 1,500 pills seized just three years ago.

And in New Hampshire, there have been multiple recent arrests and convictions of illicit drug trafficking.

“Fentanyl is causing deaths in record numbers and DEA’s top priority is to aggressively pursue anyone who distributes this poison in order to profit and destroy lives,” DEA Special Agent in Charge Brian D. Boyle said in a statement Tuesday announcing the conviction of a Colebrook, N.H. man for dealing fentanyl.  “Illegal drug distribution ravages the very foundations of our families and communities so every time we take fentanyl off the streets, lives are saved. This investigation demonstrates the strength of collaborative local, state and federal law enforcement efforts in New Hampshire and our strong partnership with the U.S. Attorney’s Office.”

According to the USA-IT panelists, the common denominator is the ability to use the internet, particularly popular sites like Amazon and eBay, to sell counterfeit products. With the rapid increase in e-commerce, cybercrime is another source of income for criminal enterprises from schemes like phishing attacks to ransomware to selling counterfeit and stolen products online through marketplaces we usually order from every day.

“Cyber touches every single point of the supply chain,” Bill Schenkelberg of Red Sky Alliance told the panel. And as for consumers looking online to save money on medications? “A purchaser cannot and should not trust the safety and efficacy of these drugs. It’s a major public health risk.”

The net impact is real risks to customers and real damage to American businesses.

“In 2019, counterfeit products alone robbed the U.S. economy more than $131 billion and more than 325,500 jobs as well,” said Albamonte. “Those revenues should have been used to build roads, help hospitals fight the pandemic outbreaks, or improve our schools. Instead, criminals are getting rich.”

So, what should consumers be on the lookout for when shopping for products?

“Check the directions, especially with medications, and see if there are misspelled words or punctuation marks,” said Albence, who also said to note the price as well. “If it’s listed for $100 on legitimate websites and $35 on another, there is something wrong there.”

“It’s not a victimless crime, and it’s not just a guy selling fake Rolex watches for $25,” Albamonte added. “That money goes to really bad people that want to do really bad things.”