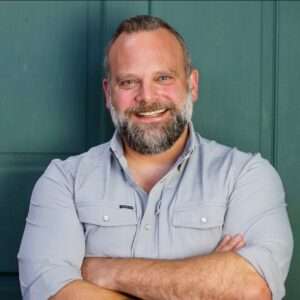 Cozzens’ Fundraising Ahead of GOP Curve in Second CD

Jeff Cozzens, the North Country businessman hoping to take on Rep. Annie Kuster in November, is raising money at a faster clip than the incumbent Democrats’ previous challengers, NHJournal has learned.

In his new filing with the Federal Election Commission (FEC), Cozzens is reporting he raised nearly $110,00o in the last three months. For an off-year fourth-quarter filing period, that’s the largest non-self-funded total in the Second Congressional District since incumbent Rep. Charlie Bass.

“Over the first few months of our campaign, I have been humbled by the outpouring of support from every corner of New Hampshire,” Cozzens said in a statement. “It is clear that families in New Hampshire want change in Washington — they want a Representative who shares their values, who has worked for a living, and who will bring some New Hampshire common sense to Washington. I’m looking forward to continuing our campaign to take back the U.S. House and working with Governor Chris Sununu to deliver for Granite State families.”

Sununu has made no secret of the fact that he’s a fan of Cozzens, though he hasn’t made any endorsements. Cozzens, 47, owns Schilling Beer Co. in Littleton. This is his first bid for public office, and he’s in a five-way GOP primary. The most prominent name in the GOP contest is former Hillsborough County Treasurer and longtime conservative Republican activist Bob Burns. He had raised just over $6,000 from contributors as of the end of September, according to FEC filings.

A GOP insider not affiliated with any of the 2nd District campaigns tells NHJournal Cozzens is off to a good start.

“That’s a good number for the district,” the Republican told NHJournal. “For a first-time candidate in a district that’s viewed as a longshot, it’s encouraging. It should give Republicans hope.”

Still, it’s not the kind of campaign cash that’s going to scare Kuster. She had more than $1.7 million cash on hand at the end of September, according to the Federal Election Commission.

However, the real money in the 2022 general election will come from the national committees, and both parties just announced fundraising records. The House Republicans’ campaign arm, the National Republican Congressional Committee (NRCC), raised $140 million in 2021 — and $17.9 million in December alone — setting a new record for off-year fundraising. That’s a 65 percent increase from 2019, the last off-year funding period.

The Democratic Congressional Campaign Committee (DCCC) announced it raised $39.7 million in the fourth quarter of 2021 — also a record — and $146 million for the year. The DCCC also finished 2021 with $82.5 million in the bank. The NRCC had more than $78 million in cash on hand.

After the GOP’s better-than-expected performance in the 2021 off-year elections, the NRCC added Kuster to their target list. However, that’s before the new congressional map is in place, a map that is expected to be beneficial to Kuster.

Republicans say in a year like 2022 — which is looking ever more like the red wave of 2010 — Kuster’s seat is still a potential pick-up.

“In a cycle like this, no Democrat is safe,” said NRCC Chairman Tom Emmer.