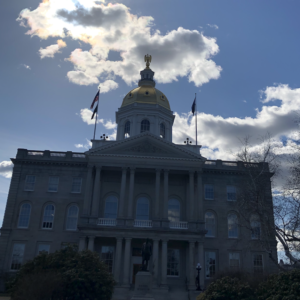 Committee of Conference Reaches Deals on Abortion Ban, EFAs — But Postpones Others

Monday was the first day of the New Hampshire General Court’s “Committee of Conference” session, a breakneck joint session where each chamber must reach agreements on elements of the state budget they have previously disagreed on. Top legislators from both chambers focused on unifying pieces, and they pushed back more divisive aspects for later in the week.

By Thursday, leadership from each chamber must reach agreements on more than 40 different pieces of legislation, or they are destined for failure.

On Monday, they reached an agreement on a 24-week abortion ban, a regulation that would put New Hampshire’s abortion limits in line with more than 20 other states in protecting life after fetal viability. Rep. Lynne Ober, the vice-chair of the House Committee on Finance, told negotiators that the lower chamber would agree with the Senate’s decision to add the ban.

Cornerstone Action, one of the leading organizations pushing the abortion ban, called the Senate’s vote “a historic victory for life.”

“An abortion ban at 24 weeks—a time when most unborn children can live outside the womb—should not be controversial. But, in the current national political climate, the Senate’s decision is brave,” Cornerstone said in a statement.

And the House agreed to the Senate’s addition of “education freedom accounts” without debate. The EFA’s will allow parents to use the state’s portion of a K-12 student’s education financing for any choice they care to make — public, private, or homeschooling.

They also came to agreements on $30 million in funding for a psychiatric hospital, and reached a compromise in restoring funding for the Division for Children, Youth, and Families.

There are still a multitude of bills that are slated for the rest of the week, including a ban on Critical Race Theory. The ban is supported by Education Commissioner Frank Edelblut, who said in an Op-Ed on Sunday that CRT is an “ideology diametrically opposed to the truths found in our Declaration of Independence, that we are all created equal.”

“Those opposing Right to Freedom From Discrimination legislation assert that supporters do not want to teach children the complete history of the United States. They assert that there is an attempt to limit speech and academic freedom. They assert that legislation will limit diversity and inclusivity,” said Edelblut. “Of course, it is Critical Race Theory that would distort our history, limit our speech through its cancel culture and divide us up by immutable characteristics, ignoring the inherent humanity of each individual.