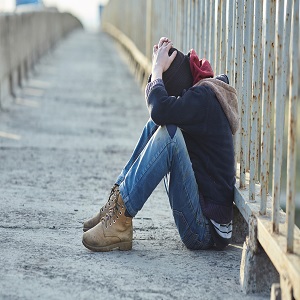 The U. S. Census Bureau American Community Survey on Oct. 19 released poverty estimates, which were based on surveying 20,000 New Hampshire residents. An analysis by the New Hampshire Fiscal Policy Institute, a nonpartisan organization, found four counties with at least 10 percent of their population living below the poverty line. The total percentage of Granite Staters living under the poverty line is 7.3 percent.

The federal poverty line is defined as a household of four living on an income under $24,300. New Hampshire’s median income is $70,936, bolstered by Rockingham and Hillsborough counties, while Coos’ median income is the lowest at $47,092.

Beth Mattingly, Ph.D., is the Director of Research on Vulnerable Families at the Carsey School of Public Policy at the University of New Hampshire. Mattingly told NH Journal it’s important not to place too much emphasis on singular census surveys considering the small size of the state and the data’s high margin of error. She said it is more productive to analyze five-year trends compared to previous five-year trends rather than relying on a one-year survey.

According to Mattingly, poverty in New Hampshire emerges from several factors, including generational poverty in certain rural communities coupled with a lack of sufficient education. She attributed this generational poverty to the disappearance of dominant industries like extraction, which have forced communities towards the service economy and low-wage jobs that do not cover New Hampshire’s high costs of living.

The issue of poverty is not only limited to rural communities, with urban centers like Manchester suffering economic hardships as well. Mattingly said this is due to a number of factors, including a large immigrant population, which faces significant barriers like language difficulties and prior trauma.

Areas with high poverty rates are not the only ones with a significant population of poor people. Mattingly said even though the Seacoast region has a low poverty rate, it has a high number of residents living in poverty due to its large population.

“It troubles me that in a state with as strong an economy and educated a population as we have, that we still have a large share of our citizens in poverty in some pockets,” Mattingly said.

While Mattingly said there isn’t a “silver bullet solution” to poverty, the state government has shown improvement since its lowest point during the Great Recession. She said the poverty rates in New Hampshire are similar to nationwide trends, though the state does have lower overall rates.

The state government has continued to combat poverty in recent years, recently expanding TANF grants for struggling families. There has also been a significant increase in the amount of New Hampshire public school students receiving free and reduced-price lunches over the past decade.

Mattingly said the state has displayed its capability in assisting families which have fallen into poverty while they still lack the proper resources to fully assist those born and raised in poverty. She said it is challenging to be poor in New Hampshire since the state government has limited resources to assist those in need due to a lack of sales and income taxes.

Katie Merrow, Vice President for Community Impact at New Hampshire Charitable Foundation (NHCF), told NH Journal her organization is working to identify and address the root causes of poverty, especially for children. The organization’s mission focuses on distributing grants to nonprofits across the state and providing community leadership on a range of issues.

The initiative focuses on providing support from “cradle to career” in order to correct the youth opportunity gap in New Hampshire. This means supporting quality early childhood education programs, substance abuse and recovery treatment, education and career pathways, as well as assisting youth and impoverished families.

Merrow said the organization was prompted to act due to New Hampshire’s aging demographics, declining migration to supply the state’s workforce, and rising pockets of poverty. She said NHCF recognized the state’s high quality of life wouldn’t be maintained unless investments in children and families were made to stem those trends.

“We need to do more as a state to help children and families both rise out of poverty and prepare the future workforce,” Merrow said. “The New Hampshire Tomorrow initiative is [aiming] to do both so we can invest in our families and the workforce pipeline so we’re ready for the economy of the future as well as building strong communities.”