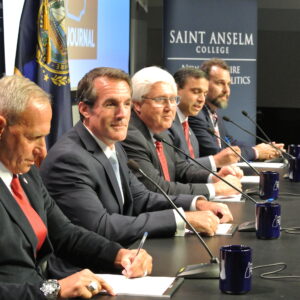 Smith targeted Bolduc several times during the debate, questioning his temperament and attacking his past statements on the war in Ukraine. Smith referenced a March 2022 Fox News interview in which Bolduc appeared to urge the CIA or military to “get in there on the ground” in Ukraine, using “indirect fires and direct capabilities” to attack Russian targets. At one point, he said the U.S. could use “special operations troops in a way that we get in there,” though without “boots on the ground.”

“These are Democrat tactics, attacking Republicans like this,” Bolduc said in response to Smith’s attack. “Yeah, I have in the past, and I acknowledged that and said hey, like anybody else you regret some of the things you say. That’s being honest, that’s being truthful. This up here is political theater because he polls at two points.” 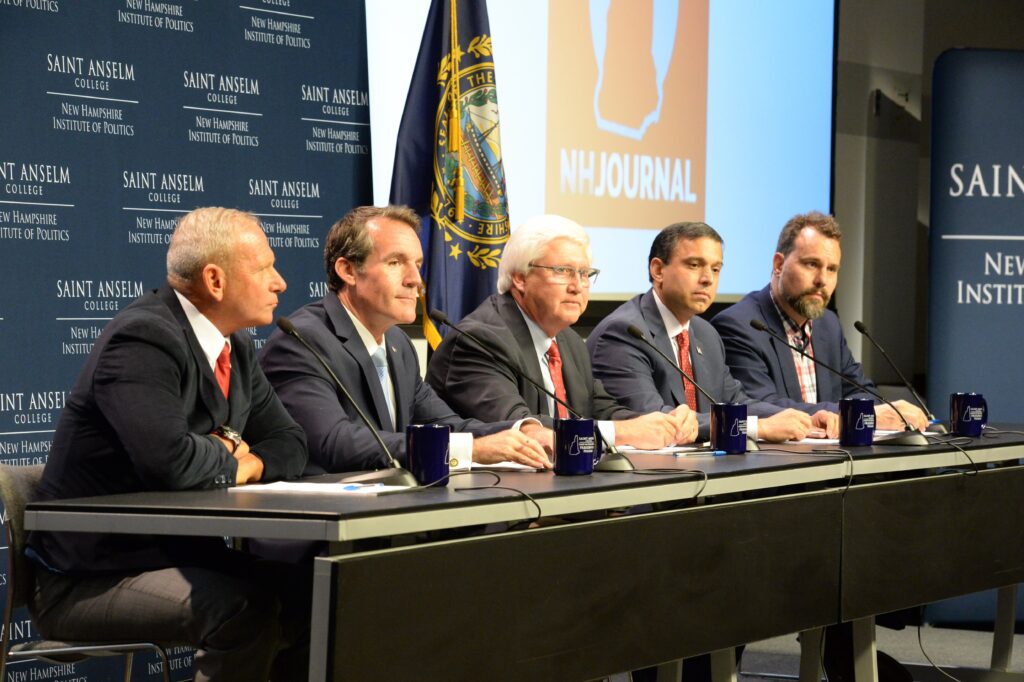 Fenton repeatedly attacked Morse for what he said was a lack of leadership during the COVID-19 pandemic, and for being a “deal maker” and a rubber stamp for the Republican Party. Morse did not respond to any of the attacks launched throughout the debate. Immediately after the debate ended, his team declared victory.

“The difference between me and them is I’ve actually done it,” Morse said in a statement.

Morse touted the fiscally conservative budgets passed during his time in the State House, and his socially conservative achievements like getting Education Freedom Accounts passed and a 24-week abortion ban made into law.

The candidates largely agreed on the issues; they want energy independence, lower taxes, stronger border enforcement, and they are opposed to abortion and gun control. All five said they would not support a federal abortion ban imposed by Washington, D.C.

Where they differ is in their emphasis on the issues.

Fenton, for example, says he can bring along Free State libertarians and independents as part of his coalition. He repeatedly hit the COVID-19 pandemic response as an example of the tyranny he is fighting.

“A senator doesn’t have that much power, but what you can do is disrupt and I’m a disrupter. I’ve been a disrupter my whole career. And this is what we need now. We need a disrupter desperately because of what have going on in our country,” he said. “If I had sat on this stage four years ago years ago and told you that a scientist was going to be able to shut down millions of businesses and put people out of their jobs and people were going to be forced to wear a mask, you’d have thought I was insane.”

Smith made the case for himself as the most electable conservative with experience going back to his time as a 19-year-old state representative, and his years leading the town of Londonderry.

Mansharamani, a newcomer to politics, told voters he would bring an independent, results-oriented view to the job

“The first thing to know about Maggie Hassan is she is a party-line voter. She doesn’t think for herself. Where I’ve written a book called ‘Think For Yourself,'” Mansharamani said.

It was the first debate of the primaries for the race, but Smith started calling for four more debates before the event began. Mansharamani topped that, calling for 10 GOP candidate debates.