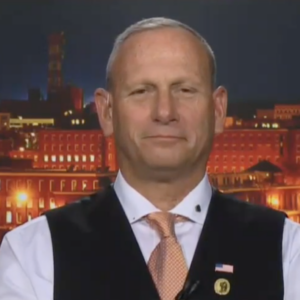 Gen. Don Bolduc’s appearance on Fox News was meant to highlight his military bona fides. Instead, it sparked a backlash from a respected Pentagon reporter and a call for him to drop out of the U.S. Senate race from at least one prominent Republican.

“Don Bolduc made reckless, dangerous, irresponsible comments regarding the escalation of the Ukraine war which renders him unqualified to serve as a U.S. Senator,” said Republican Corky Messner. “There are 100 Senators who will be called upon during these times to make critical decisions. Bolduc cannot be trusted to make those decisions.”

Messner defeated Bolduc in the 2020 GOP primary before going on to lose to incumbent Democrat Sen. Jeanne Shaheen. He was outraged by Bolduc’s comments on “The Next Revolution with Steve Hilton” Sunday night. And he wasn’t alone.

In the interview, Bolduc repeatedly claimed there were direct military actions the U.S. and NATO could take against Russian forces in Ukraine. He suggested the CIA or military could “get in there on the ground” in Ukraine, using “indirect fires and direct capabilities” to attack Russian targets. At one point, he said the U.S. could use “special operations troops in a way that we get in there,” though without “boots on the ground.”

His comments were viewed as so extreme, Fox News Pentagon correspondent Jennifer Griffin called them out when she appeared on the show a few minutes later.

“I have to respond to comments from Gen. Bolduc,” Griffin said. “He really was way off the mark talking about what the U.S. really could do on the ground.

“Clearly, Brig. Gen. Bolduc is not a student of history. He’s a politician. He ran for Senate in New Hampshire and failed. He is not a military strategist. To suggest the U.S. would put an indirect fire or special operations or CIA on the ground to give Putin any excuse to broaden this conflict is extremely dangerous talk at a time like this.”

“I was surprised to hear it,” the host replied.

It was not Bolduc’s first media misstep. In November, he was roundly criticized for calling Republican Gov. Chris Sununu a “Chinese Communist sympathizer” whose family business “supports terrorism.” Bolduc also claimed he drove the governor from the U.S. Senate race.

“Politician Bolduc has a reputation for outrageous, divisive political comments which demonstrates that he has very poor judgment. In the past, Bolduc’s comments could be laughed off, walked back, or cleaned up by his supporters,” Messner said.

“But now, Bolduc’s extreme comments are dangerous to all Americans, your sons and daughters, Ukraine, Europe, and the world. Politicians must have the prudence and judgment to avoid statements that potentially could push the Ukraine conflict to a wider war. Don Bolduc does not have that prudence and judgment.

“I am calling for politician Don Bolduc to withdraw from the New Hampshire U.S. Senate race and to end his campaign.”

Not surprisingly, the Bolduc campaign is not ready to fold up its tent. Asked about Jennifer Griffin’s criticism, the campaign declined to comment.

UPDATE: After this article was published, Bolduc’s spokesperson Jimmy Thompson sent this statement:

“If recent world events have taught us anything, it’s that American leadership matters on the international stage. As usual, Senator Hassan has been missing in action, and needs to be replaced. But you can’t defeat a career politician like Senator Hassan with another career politician like State Senator Morse or Town Manager Smith. It’s going to take a true outsider like General Bolduc, and that’s why he is the frontrunner in this race.”