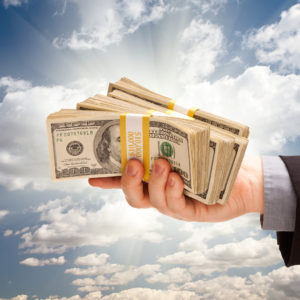 Businesses Are Raining Cash on the State Budget

With two months left in the fiscal year, state business tax collections are $217.2 million above budget. For context, business tax revenues came in $649.9 million over budget during the entire previous decade.

So surplus business tax collections during the last 10 months have equaled 33% of the total surplus in business tax revenues collected from 2012 to 2021.

To put it another way, business taxes have generated about three years’ worth of above-budget revenue in just 10 months.

To get an idea of just how big that $217.2 million figure is, consider that business tax revenues for the first six months of FY 2012 totaled $231.7 million.

Total revenues from all state taxes for the current fiscal year are $382.2 million above budget.

That’s a tremendous amount of surplus revenue for New Hampshire. Predictably, lawmakers have been busy allocating it to various priorities. (We’ll have more on this soon.)

The good news is that they’ve been treating it as one-time revenue, and therefore not rolling it into permanent spending. The bad news is that they’re not dedicating any significant portion of it to state pensions, which would be the most fiscally responsible thing to do and would save the state money in the long run, as we outline here.