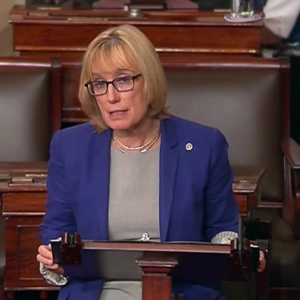 On Wednesday, President Joe Biden announced his proposal to have taxpayers pay off $20,000 in student debt for people who received Pell Grants — about seven out of ten college loan borrowers — and who earn less than $125,000. People who did not receive Pell Grants and are in households earning up to $250,000 can get a taxpayer bailout of $10,000.

“Today’s action of getting student loan debt relief to borrowers is about opportunity,” Biden said. “It’s about giving people a fair shot. It’s about making sure folks have the breathing room they need to buy a house, open a business, start a family, and save for their future.”

A budgeting model from the Wharton School of the University of Pennsylvania estimated this week that forgiving $10,000 in federal student loan debt with income caps would cost around $300 billion over 10 years. But with the addition of the $20,000 payouts to Pell Grant recipients, the price tag could be closer to $500 billion.

Economists and budget hawks are calling Biden’s proposal a mistake.

“Pouring roughly a half trillion dollars of gasoline on the inflationary fire that is already burning is reckless,” tweeted Obama economic advisor Jason Furman. “Doing it while going well beyond one campaign promise ($10K of student loan relief) and breaking another (all proposals paid for) is even worse.”

University of Maryland economics professor Melissa Kearney asked, “Are the economists in the administration all hanging their heads in defeat? The inequity…inefficiency…level of spending…perverse incentives going forward…subsidies to a higher ed market that already has terribly screwed up pricing…. What an astoundingly bad policy move.”

That is not how Hassan sees it. After years of repeatedly refusing to reveal her stance on taxpayer-funded college debt bailouts, she loyally stood with her party and president.

“While I do not support canceling all student debt – believing instead that we need to focus on targeted relief and bringing down the cost of higher education — the administration’s announcement is a balanced compromise approach that will help those who need it the most,” Hassan said in a statement.

“Who has to pay it off? It’s the farmers. It’s the construction workers. It’s the folks whose kids didn’t go to college. It’s insulting. Everyone should be furious at this. More tax dollars flooding into the economy, fueling inflation.”

As a political issue, the impact of Biden’s proposal is up for debate. Democrats hope it will inspire younger voters to turn out at higher rates than usual for a midterm election. But Republicans believe it will drive even more working-class voters away from a Democratic party that’s perceived as growing more elitist and disconnected from average Americans.

Rep. Chris Pappas (D-N.H.), facing an uphill battle to hold his seat in November, broke with his fellow Democrats on Biden’s plan, saying Biden’s unilateral action is “no way to make policy.

“Any plan to address student debt should go through the legislative process, and it should be more targeted and paid for so it doesn’t add to the deficit,” Pappas said.

Don Bolduc, one of the Republicans seeking the GOP nomination to take on Hassan in the fall, attacked Hassan’s support for the proposal.

“The Biden bailout for college loans supported by Senator Hassan represents more than a regressive tax on Granite Staters who opted not to go college: it’s another $300 billion of spending that will further fuel our inflationary woes,” Bolduc said. “From the semiconductor bailout to the army of new IRS agents in the so-called Inflation Reduction Act, Senator Hassan’s votes have piled an astounding $1.3 trillion dollars in government spending in the last month alone. If you want to change Washington, it starts by retiring Senator Hassan.”

State Sen. Chuck Morse, who’s also running in the GOP primary, said “what Maggie fails to understand is that she is not forgiving any debt. She is forcing hard-working Granite Staters to pick up the tab for her unwillingness to say no to Biden and her progressive base. Another costly inflationary gimmick in her desperate attempt to get re-elected.”

“If you woke up today without student loans, you will now go to bed tonight with them,” Smith said.
“We need to take the fight to the college cartels and their billion-dollar-endowments who rip off Americans by gouging tuition prices, knowing the taxpayers will pick up the tab. Maggie Hassan has once again sold out Granite State taxpayers to rubber-stamp Biden’s socialist agenda.”