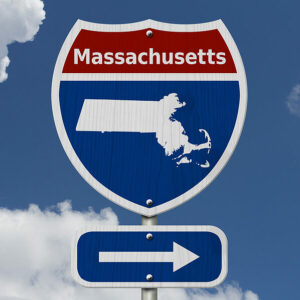 Siding with Massachusetts in a lawsuit brought by New Hampshire, the Biden administration on Wednesday told the U.S. Supreme Court that states could justify taxing non-resident telecommuters.

New Hampshire sued Massachusetts in October over the Bay State’s effort to collect income taxes from Granite Staters who used to cross the border for work but had to switch to telecommuting during the pandemic.

The bulk of the Biden administration’s legal brief on behalf of Massachusetts addressed technical legal questions, primarily whether New Hampshire is the right party to bring the suit and whether it’s proper for the Supreme Court to take it. Media reporting of the administration’s brief focused on these issues.

But further down in the 18-page document, Acting Solicitor General Elizabeth Prelogar argued that a state could legally and constitutionally tax telecommuters who never physically entered the state’s borders.

“New Hampshire correctly observes (Br. in Support 25-30; Reply Br. 10-13) that a New Hampshire resident who works from home will rely on New Hampshire services like police and fire protection,” Prelogar wrote. “Yet that resident’s work also may continue to depend on and benefit from services provided by Massachusetts. For example, Massachusetts and its municipalities might provide similar protections to the infrastructure and staff critical to the work of the New Hampshire resident who is temporarily working from home—such as computer servers that enable and store the employee’s work product, courts that enforce contracts, and financial institutions and transactions necessary to the work.

“And the employer located in Massachusetts, where the employee worked before (and may well return after) the pandemic, will continue to benefit from the services Massachusetts affords in the interim, thus helping to sustain the employee’s continued employment during that temporary period. A telecommuting employee’s physical location thus need not map precisely onto the location of the governmental services needed to support that employee’s work.”

Under Prelogar’s theory, a state would be justified in taxing the incomes of all people who work for a local company, regardless of where on the planet they live, because that state’s services benefit the employer, thus “helping to sustain the employee’s continued employment…”

The Biden administration’s interest in New Hampshire’s lawsuit clearly goes far beyond mere legal technicalities. The administration has sided with Massachusetts on the merits and has signaled that the U.S. government sees nothing wrong, either morally or constitutionally, with a state’s cross-border taxation of non-resident telecommuters.