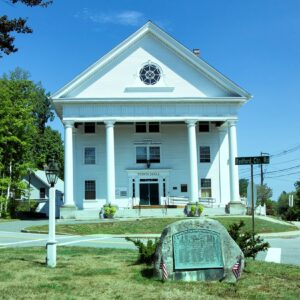 Nearly a week after New Hampshire Journal reported on a second stack of misplaced ballots — and months after they were discovered — Bedford town officials are still refusing to release any information to the public about the latest incident of bureaucratic incompetence during the 2020 general election.

Now, town officials are planning a behind-closed-door meeting Monday to discuss the second ballot snafu, even though they still refuse to even acknowledge the ballots’ existence to the public or the press.

Last week, NHJournal reported on documents confirming that Bedford town officials discovered still more mishandled ballots in September 2021 and, like the 190 uncounted ballots from November 2020, hid their discovery from the public. Those new ballots had been counted but were left behind when the ballots were taken to Concord for a recount. Bedford officials discovered them when they got the voting machines and bins out for the September 7 special election won by Democratic Rep. Catherine Rombeau.

“I am making you aware that the Town Clerk just walked into my office with an envelope that she says contains cast ballots from the November 2020 election that were found in a voting box during the September 2021 Special Election and handed to her. I advised her to immediately contact the town attorney and the appropriate state officials,” Town Manager Rick Sawyer told the town councilors in an email last Tuesday. “I don’t know why notification was not made immediately upon discovery in September.”

During a contentious town council meeting on November 17, Klein and his assistant, Brian Shaughessy insisted that “we did the right thing” by keeping the 190 uncounted ballots secret. And, they added, they believe the public and their elected representatives have no fundamental right to know about their mistakes or how they choose to handle ballots.

Town Council Chair Dave Gilbert is reportedly meeting with Kellar and Klein on Monday to discuss the latest ballot foul-up. According to an email sent by town councilor Kelleigh Murphy to various members of the town government, Gilbert “did not feel this was an issue for the town council.”

That is not the view of state Sen. Denise Ricciardi, who also serves on the town council. “I was deeply frustrated and angered to hear the most recent news about more mishandled election ballots,” Ricciardi said in a statement to NHJournal. “The citizens of Bedford deserve a full, transparent investigation into these events so that we can ensure it never happens again. I also expect the town clerk and those involved to come before the Bedford Town Council to present a full accounting of their actions — which are disappointing, to say the least.”

Despite the fact that she participated in the special election that uncovered the second set of ballots, state Rep. Catherine Rombeau has not made any public statements about the town government’s handling of voters’ ballots, or their attempts to hide that information from the public. Neither has her fellow Democrat Rep. Sue Mullen.