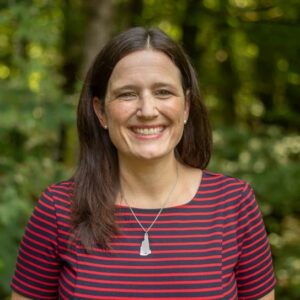 New Hampshire Democrats scored a much-needed upset win in the one-time GOP stronghold of Bedford, flipping a state House seat from red to blue in a special election Tuesday.

While the race was extremely close — 2,325 to 2,288 — Bedford has traditionally been a Republican-leaning community where Democrats shouldn’t be competitive. Last fall, Danielson received 6,890 votes and won a House seat, while Rombeau failed to make the cut with 5,488 votes. Only one Democrat, Rep. Sue Mullen, won a House seat in Bedford.

With less than a 1% margin between the two, Camarota is expected to file for a recount, GOP sources say.

GOP expectations were even higher in a special election when low turnout tends to help Republicans, and during a time when the Democratic Party’s poll numbers are low. President Joe Biden is underwater by 11 percent among New Hampshire voters.

And yet Rombeau got the win.

Republicans ran a two-pronged campaign last year when they nearly swept Bedford and won control of the legislature. It can be summed up as, “We love Gov. Chris Sununu and hate taxes.” And it worked.

But Tuesday night, it wasn’t enough. While Democrats outspent Republicans, the NHGOP and its allies like Americans for Prosperity had enough money to get out their anti-tax-hike, pro-Sununu message.

AFP-NH state director Greg Moore said before the election that his organization’s efforts would focus on the message that Camarota is a “strong taxpayer defender” committed to “protecting our New Hampshire Advantage and strengthening our economy.”

“We will be engaged in a full spectrum of activities in support of Linda’s election, including grassroots, mail, and digital,” Moore said.

While no Granite State Republicans were willing to talk on the record, off the record they were seething. If Republicans can’t win GOP towns like Bedford, their already razor-thin majority (208-187) could be at risk.

Another insider who worked on behalf of Camarota said Republicans “have no idea what Democrats are doing to drive this turnout.”

There are two more special elections this year. On October 28, voters in Dublin, Harrisville, Jaffrey, and Roxbury will vote to fill the seat left vacant by the death of longtime Democratic state Rep. Doug Ley. Democrats are widely expected to hold that seat.

In Derry, Republican Anne Copp’s resignation means what should be a solidly Republican seat there will come up for a vote on December 7. That contest is expected to feature a hard-hitting GOP primary and, while the district appears safely Republican, Tuesday is a reminder no seat is safe.

“Is this 1st time in history that Bedford has had 2 Dem state reps? Rejection of extremist NHGOP by suburban voters,” she tweeted.