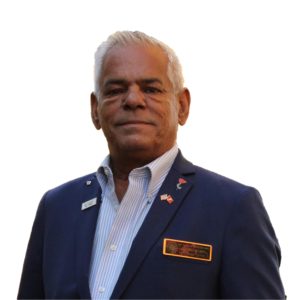 The Speaker of the House in New Hampshire holds significant amounts of Constitutional power — some even say more than the Governor himself. Last week, the leader of the Republican caucus for the past two years – Rep. Dick Hinch — confirmed to NHJournal he will stand for Speaker, highlighting the goals a Republican House would pursue under his gavel.

Now, Rep. Al Baldasaro (R-Londonderry) tells NHJournal he is also running for Speaker and wants members to remember the past.

In a letter to incoming GOP legislators obtained by NHJournal, Baldasaro writes, “For the last four years, even when we’re in the majority — we’re in the minority. I can’t have another two years of this, the way they’ve done business. This lack of leadership must change.”

Hinch, he says, “doesn’t have the spine to fight for Republicans.”

“I’m his Floor Leader,” Baldasaro told NHJournal. “If I thought he’d be a good Speaker, I wouldn’t be running.”

In 2019-2020, Republicans were in the minority of the New Hampshire House but were able to hold the line due to a united caucus. The minority sustained 77 of the 79 bills vetoed by Gov. Sununu and presented a unified front with coordinated messaging during the election season.

Hinch, who chairs the Committee to Elect House Republicans, boasted about the committee’s robust fundraising, the most in its history. Now, Republicans hold a slim majority, 213 to 187 pending recounts (of which there are 12.)

Tim Lang told NHJournal that Hinch was responsible for taking the GOP from minority to majority and credited him with holding the caucus together for two tough years for Republicans. “Those two things are pretty hard to argue with,” Lang says.

Baldasaro, a former Marine with a colorful vocabulary, intends to take on that argument, setting up a quasi-rematch from two years ago when Baldasaro ran for Republican leader in the minority caucus.

Hinch, a seven-term Republican from Merrimack, appears to be the clear front-runner with support from multiple factions within the Republican Party. But Baldasaro, an eight-term rep, isn’t bowing out just yet.

“I think Al would be a terrific speaker,” says JR Hoell, a former representative and firebrand within the NHGOP in his own right. “With the majority this small, I don’t think there’s a path for him, though,” he tells NHJournal.

“We’d run the risk of being Jasper-ed again,” he says, referring to the 2014 Speakers race.  Then, former Speaker Shawn Jasper faced former Speaker Bill O’Brien for the gavel and Jasper colluded with Democrat reps to beat the Mont Vernon conservative. “We’d run the risk of having a far more moderate speaker than Hinch, who is right-of-center within the Party. Just not as far right as Al.”

Rep. John Burt (R-Goffstown) told NHJournal he “likes Al as Speaker,” but “thinks Hinch has the votes.” Burt was removed from his committee position this year by Speaker Shurtleff (D-Penacook) after disparaging comments about the N.H. Fish & Game Commissioner.

“I only lost by nine votes last time,” Baldasaro told NHJournal, recalling the four-way leadership race following the 2018 elections. “They never thought I had a chance, but they shouldn’t underestimate me.”

“What have you got to lose?” he asks elected GOP legislators in his letter – directly quoting President Trump’s 2016 pitch to voters.