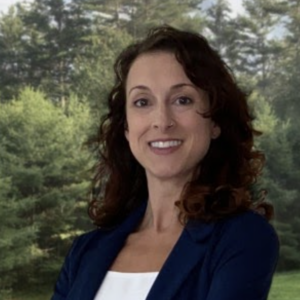 On Monday, Rep. Stephanie Hyland became the fourth New Hampshire House Democrat in four weeks to leave the caucus. And like two of her predecessors, she called out the Democrats’ “ethics” issues on her way out the door.

In late December, Rep. Ellen Read (I-Newmarket) switched her affiliation to independent in response to what she called serious ethical lapses by the House Democratic leadership. She accused leadership of allowing Rep. Cathryn Harvey to use her position to craft laws intended to make it possible for her to get a position on the state Fish and Game Commission.

Around the same time, Rep. Denny Ruprecht (D-Landaff) quietly resigned from both his seat in the House and his job as Deputy Political Director of the New Hampshire Democratic Party. His constituents learned of his departure by reading it in NHJournal, not from Ruprecht or the Democratic Party.

Then last week, another Democrat ditched his party affiliation over what he said was the anti-democratic behavior of his party’s leadership.

“I’m changing my affiliation to independent because of the undemocratic nature of the state’s Democratic Party’s leadership,” Rep. Tony Labranche (I-Amherst) told NHJournal. “The irony is that the ‘Democratic’ party is the least democratic institution I’ve ever been part of.”

According to multiple sources, Hyland had intended to switch parties last week, too. After being subjected to some of the same bullyings from fellow House Democrats experienced by Read and Labranche, Hyland chose to leave the house entirely.

“Please accept this letter as my formal resignation from the New Hampshire House of Representatives,” Hyland wrote in her letter. “The mishandling of this legislative session has made it unachievable to safely and morally perform the duties of this position.”

The reference to safety was a criticism of the House GOP leadership and its unwillingness to make more accommodations in response to COVID-19. The reference to “morally perform” her duties was directed at the state’s Democratic leadership, multiple sources confirm.

This spate of resignations raises more questions about the discord inside the House Democratic Caucus. Democrats are extremely reluctant to speak on the record, in part due to fears of retribution from their fellow members. Still, they tell NHJournal off the record the divide between principled progressives and the party’s old guard is getting wider. It is the reason Rep. Renny Cushing (D-Hampton) remains Minority Leader despite the serious health challenges he is currently facing. The caucus cannot agree on a leader to take his place.

Establishment liberals are reportedly pushing for former Speaker Steve Shurtleff (D-Concord), but progressives want one of their own in leadership. And, progressives note, if 2022 is a “red wave” election as most pundits predict, the Democratic caucus that convenes in January 2023 will be both smaller and more progressive than today.

Some progressives, like Rep. Safiya Wazir (D-Concord), are urging unity despite their frustrations.

“Fundamentally, the Democratic Party represents what is important to me and the people of my district—support for working families, equality, an emphasis on affordable housing and well-paying jobs,” Wazir told NHJournal. “It’s not an easy time in many ways. It’s easy to become frustrated, but we need to talk to each other and work together.”

Read and Labranche pointed fingers at Democratic leadership as they left the party. Chairman Ray Buckley and the House Democratic Caucus both refused to answer questions about the matter.

For Labranche, Hyland’s departure is a personal, rather than political, loss.

“It hurts to lose a friend like that in the House, someone I could always trust and confide in,” he said Monday. “Those are hard to find in Concord.”