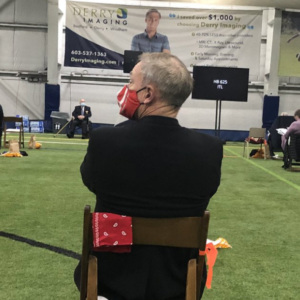 Abortion Politics Were At Center Of House Dems’ Walk Out

Abortion politics were at play when New Hampshire House Democrats tried — and failed — to deny the GOP majority a quorum on Wednesday. And given the party’s record of adamantly opposing any and all pro-life legislation, it reflects current state Democratic politics, though not the views of most voters.

Wednesday’s legislative throwdown began after the House passed HB 625, the Fetal Life Protection Act, which would ban late-term abortions — those after 24 weeks — unless there is a medical emergency that threatens the life of the mother. Four other states, Florida, Massachusetts, Nevada, and Pennsylvania have similar abortion restrictions while 19 states have banned the practice after 22 weeks.

“At 24 weeks the unborn are considered viable, and this bill allows them to have the same right to life as any other human,” House Majority Leader Jason Osborne said after the bill passed.

Following the passage, Democrats tried to end the legislative session before the House could vote on HB233, the Born Alive Infant Protection Act. Their plan failed, and the House overwhelmingly passed HB233, which would require medical care for any baby born in any stage of development, as long as the baby is medically considered alive.

After the bill passed, Osborne said “There is absolutely no reason why any child born alive should be left to die. I do not see this as a pro-choice vs. pro-life issue. This is an issue of basic human rights protected under our constitution”

New Hampshire currently has some of the most aggressive pro-abortion laws in the nation. Under the leadership of then-Governor Jeanne Shaheen, who signed the “No Time Limits” laws in 1997, abortions became legal, unrestricted, and unregulated throughout all 40 weeks of pregnancy in New Hampshire.

Polls show more than 80 percent of Americans oppose allowing abortion in the third trimester, the position House Democrats staked out on Wednesday. And voting against requiring medical care for an infant that has survived an abortion is viewed as infanticide in many Western nations.

Still, Granite State progressives insist any restriction on abortion is unacceptable. ACLU-NH political director Jeanne Hruska, who opposed HB233, went so far as to describe mandated care for an infant surviving an abortion as “denying parents the right to decide how to care for a dying infant.” She also described mandating medical care to prevent an infant from dying as “cruel.”

The House is expected to take up two more pro-life bills on Thursday.