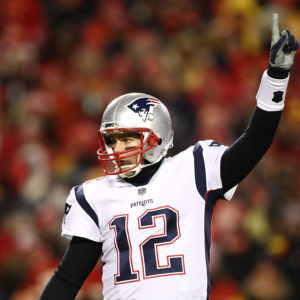 No, it’s not #FakeNews: America really hates the New England Patriots and want them to lose in Sunday’s Super Bowl.

In the SB Nation’s FanPulse poll this week, 75 percent of Americans say they want the Pats to lose to the Los Angeles Rams.

In a recent Scott Rasmussen poll 61 percent of Americans are rooting for the Rams, but more than half of those (51%) admit they don’t really care about LA, they’re really pulling for a Patriots loss.

The Pats are the most hated team in 13 states, far more than any other NFL franchise, according to a statistical analysis of Twitter content. The list includes states like New York and Florida –home of division rivals the Jets and the Dolphins — but also, inexplicably, Alaska and Hawaii. 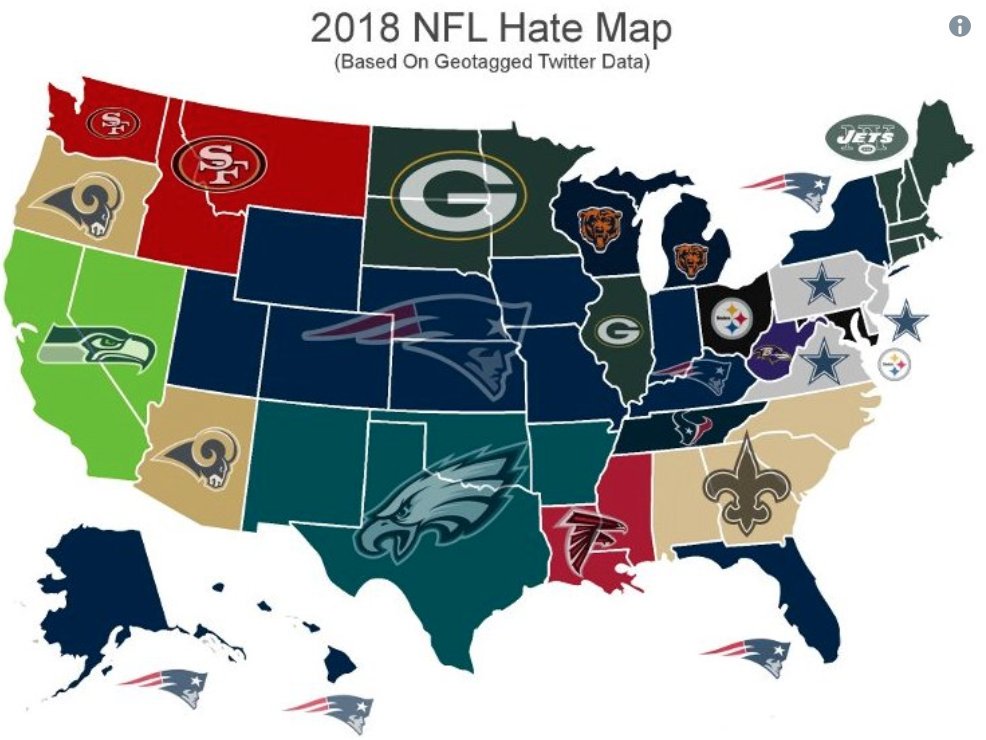 A producer at a Pittsburgh, PA TV station got himself fired when he put the chyron message “Known Cheater” under an image of Patriot’s legendary QB Tom Brady.

In a nation hopelessly divided over everything from the Trump presidency to a video of some Catholic school boys at a DC protest, the one thing that brings Americans together is their collective contempt of Team Tom Brady.

And Patriots fans couldn’t be happier about it.

“Are you kiddin’ me? ‘Hate’ is the new ‘love,’” says longtime Boston sports fan and comic Lenny Clarke. “After all those years of suffering when the Yankees were on top of the world, I love it!”

Clarke, best known for his role as Uncle Teddy on the TV show Rescue Me, is reveling in the negative press for his beloved Pats. “You say 75 percent want us to lose?  I want to get that up to 95 percent! They hate us because they ain’t us,” Clarke says.

And he’s not alone.   Well-known Boston sports radio personality John Dennis says Boston fans see the national resentment as “a tremendous badge of honor that only outstanding teams like the Celtics in their glory days have enjoyed. We’re up there with the Montreal Canadiens in hockey and baseball’s New York Yankees. Rarified athletic company indeed,” Dennis said.

Even a notoriously easygoing politician like Massachusetts Gov. Charlie Baker has embraced New England’s place as the Team America Loves To Hate.  “Sadly I am old enough to remember the days when no one was afraid of playing the Patriots so I have no sympathy for all the haters out there,” the Massachusetts Republican told InsideSources.

This is a recurring theme among New England sports fans: Sure, things are great today, but we remember when…

As in when the Red Sox went 86 years without winning a World Series (Clarke appeared in the Farrelly Brothers rom-com “Fever Pitch” that celebrated the misery of lifelong Sox fans).

As in the decade of the ’90s, when the Celtics had eight losing seasons in a row.

Compare that to the glories of the Belichick/Brady era today: Winning 16 AFC East titles in 18 seasons since 2001, without a losing season in between. The record for most Super Bowls reached (nine) and won (five) by a head coach–quarterback tandem,

And, in the opinion of most Americans, soon to be six Super Bowl rings.  Because the same polls that found most Americans hope Tom Brady loses also found that, by a two-to-one margin, they expect the Patriots to win.

From sports to academia to the arts to politics (Since 1952, Massachusetts has produced more major-party presidential nominees than any other state) New Englanders expect to have an outsized impact on the country and its culture. And with that impact comes backlash. New Englanders have come to expect it.

Clarke, who’s in Atlanta for the Super Bowl, says the resentment of the Patriots has even overwhelmed the local southern charm. “Everywhere I’ve been–the airport, the hotel, at restaurants–people are letting me know they want the Pats to lose. I’ve got waiters who are blowing their tips to express there hate. It’s unreal!”

“They told King George III to go (expletive) himself 244 years ago. Roger Goodell and his flunkies are small potatoes.”