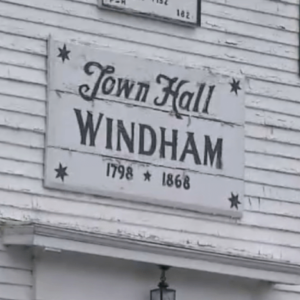 It’s becoming an Election Day tradition in the town of Windham, N.H.

Another election, another round of questionable election reporting, and another review in store for Windham election officials by the New Hampshire Secretary of State’s Office.

Windham’s reported results from the Sept. 13 primary raised eyebrows when the reported results changed between election night and then later when results were given to the Secretary of State’s Office. At one point on Tuesday, Windham was “reporting” three different totals for the same elections: one from election night, one on the town’s website, and one from the hand recounts.

Republican state Rep. Julius Soti saw his total vote count in Windham drop by about 20 votes, from 1,080 on election night, to 1,063 during the week. “It’s a little bit odd they kept revising the numbers,” Soti said. “I’m not sure what happened.”

In the end, the final reported results were nearly identical to those reported on election night, with just a couple of votes net difference. So, why the moving-target tally? Town officials struggled to offer a cogent explanation.

“Any changes between the two sets of numbers can be accounted for by the continuation of the reconciliation process which involves the review of the marked checklist, hand tally sheets, write-in tally sheets, new voter registration, and checking the absentee ballot report along with various supporting spreadsheets,” said Windham’s Town Clerk Nancy Merrill in the statement. “The reconciliation process is a common, complex process that is performed not only in Windham, but all New Hampshire communities.”

But no other community had multiple results reported for the same election, critics noted.

“The votes they need to count are the ones that elected these [expletives] who run their elections,” one frustrated GOP state legislator told NHJournal. “They’ve got to go.”

Town Administrator Brian McCarthy downplayed the issue when contacted. He said the reconciliation process is in place to make sure the accurate totals are recorded, though that does not always happen the night of the vote. More time can be necessary to get all of the votes counted and the totals reconciled.

“Those reconciled numbers are the correct numbers,” McCarthy said.

That contradicts both the New Hampshire state constitution, which says all the votes will be counted on Election Day and the results from Windham where the reconciled numbers remained incorrect for part of the day Tuesday.

Not surprisingly, the state’s top election official is curious about Windham’s wandering results as well.

Secretary of State David Scanlan’s spokesperson Anna Fay said the election night counts were confirmed on Tuesday during the recount. The discrepancies in the totals will be investigated.

“The office is looking into issues related to the additional reporting that occurred after the election,” Fay said.

Windham became the epicenter for New Hampshire election conspiracy theories after the 2020 election when vote totals changed drastically in several races after the initial election night count. The months-long controversy ended with the outside audit that found the way town election officials folded the ballots caused the problems.

The folds in the paper ballots made it difficult for optical scan vote counters, AccuVote machines, to record the votes properly, hence the counting errors.

A subsequent state review also faulted local officials for compounding the errors by cutting corners ahead of the 2020 election according to a January letter from New Hampshire Attorney General John Formella and Secretary of State William Gardner to Windham town officials. Windham officials reportedly used an uncalibrated machine to tabulate the votes and skimped on a practice run that would have likely caught the issue before the election.

“(S)imply put, town election officials cut corners. Some of those shortcuts created errors—such as using an uncalibrated folding machine—which were unintentional and perhaps unforeseeable, but ultimately resulted in ballots not being accurately counted,” the letter states.

So far, no other major voting errors or discrepancies have been reported in other communities, though there were several recounts due to the high number of close elections.

“We’re going to investigate this a little further,” Soti said. “I’m sure the secretary of state is going to ask a few questions.”