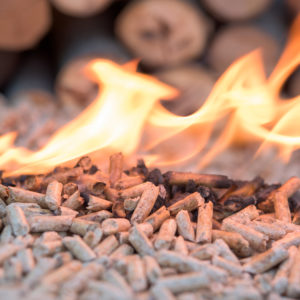 “It should not be controversial to seek an ultimate outcome where production technologies are not subsidized by ratepayers or taxpayers.”—New Hampshire 10-Year State Energy Strategy, 2018.

Gov. Chris Sununu’s team may want to tell that to their fellow Republicans in the NH Senate, where a bill requiring energy companies to buy biomass power at above-market rates recently passed with a veto-proof majority.

“This is an issue about jobs in the North Country,” said Rep. Bob Giuda, R-Warren said at the time.

For many businesses operating in New Hampshire, energy costs are “about jobs,” too.  Jim Roche of the Business and Industry Association and others have long complained that  New Hampshire’s electricity costs—about twice the national average—drive away energy-intensive employers and the (often high-paying) jobs they would otherwise bring.

Into this controversy comes Gov. Sununu’s new 10-year plan for energy policy in New Hampshire.  The administration largely takes a laissez-faire approach to the issue. Their stated goals are lowering energy costs (New Hampshire pays the third-highest energy rates in the continental US), and having the state “refrain from picking winners and losers among energy technologies.”

That approach is in direct conflict with SB365 which requires “default energy providers – Eversource, Unitil and Liberty Utilities – to purchase power from the state’s biomass plants… at above-market prices.” The Senate also passed a bill looking for ways to continue subsidies to the Burgess BioPower plant in Berlin above the current $100 million subsidy cap.

So which is it, New Hampshire Republicans—low costs, or high subsidies?

“The GOP should be opposed to the subsidies,” says Rep. Michael Harrington (R-Strafford). “These biomass plants have never operated a day without subsidies, and they’re never going to. Everybody knows it.”

Harrington, a former member of the Public Utilities Commission, points out that Burgess BioPower and other biomass producers get large subsidies from the federal government in addition to what New Hampshire ratepayers are forced to carry. If state lawmakers let the subsidies break through the $100 million barrier “it sends a message to every New Hampshire business stuck paying our high energy costs that it’s never going to end. You’re always going to have to pay,” Harrington said.

Harrington declined to speculate on whether Gov. Sununu would veto the bills extending biomass subsidies if they reached his desk. “We’re going to do everything we can to kill them in the house,” Harrington pledged.

In its energy plan, the Sununu administration notes “ISO-NE does not project expansion in biomass contribution to New England’s resource mix.” Hardly a surprise given the relatively high cost of biomass and falling costs of natural gas.

“Total subsidies are approaching $2 billion,” Harrington said. “They’ve had a good run, but it’s got to end sometime.”