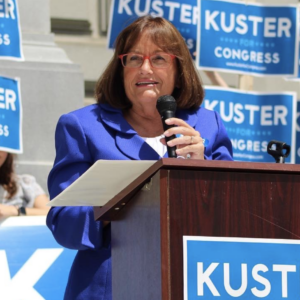 Will NHDems Try to Pick Their GOP Opponents by Playing in Primaries?

Followers of Granite State politics may have been surprised to see the chairman of the state’s Democratic Party forwarding a fundraising message from Republican Gail Huff Brown’s First District campaign.  Huff Brown’s message hit her GOP opponent Matt Mowers over his connections to New Jersey politics.

Why would the top Democrat in the state be picking sides in a GOP primary?

Days before Pennsylvania Republicans went to the polls to pick their nominee for governor, Democratic nominee Josh Shapiro — who was running unopposed — ran TV ads focused on far right, underfunded GOP candidate state Sen. Doug Mastriano. The ad allegedly “attacked” the fringe candidate by reminding potential primary voters he is a Trump-friendly Republican who embraced the debunked theory that the 2020 presidential election has been stolen.

As Politico reported, “Shapiro was so sure Mastriano would be the easiest Republican to beat that he aired an ad designed to elevate Mastriano in the primary.”

It worked. Mastriano won the Republican nomination and Shapiro is considered a likely shoo-in.

It doesn’t appear to have worked. While California is still counting votes, Valadao has a solid lead over Mathys for the second slot in the state’s jungle primary.

In Colorado, Democrats are spending $1 million on ads promoting right-winger Ron Hanks, who had raised less than $40,000 and has not aired a single TV ad of his own in the GOP U.S. Senate primary.

“In supposedly ‘blue’ Colorado, Democrats are reportedly dumping 7-figures into the REPUBLICAN Senate primary to try and stir up drama,” the National Republican Senatorial Committee said in a release. “Just goes to show you how vulnerable Michael Bennet is in a state that Joe Biden won by more than 13 points.”

And in South Carolina, Congressman Tom Rice (SC-7) was one of 10 House Republicans who voted to impeach Trump in 2021. He faces a stiff challenge in the June 14 GOP primary from Trump-endorsed challenger state Rep. Russell Fry. A frequent Democratic donor is urging Democrats to skip voting in that party’s contested primaries to cross over and vote for Rice next Tuesday. (South Carolina has open primaries and no party registration.)

In New Hampshire, none of the three incumbent Democrats in the delegation have serious primary challengers, while Republicans have multi-candidate primaries for all three seats. Should the Granite State GOP expect Democrats to try to pick the Republican they would rather run against?

Dennehy says he has never seen it happen in New Hampshire in any serious way, and he doesn’t expect to see it now, “primarily because New Hampshire is such a small state, they would almost certainly get caught. Their donors would likely be furious if they spent money getting certain Republicans elected rather than on getting Democrats elected in a year when they need all their money to salvage a few victories,” Dennehy said.

“The day Republicans listen to Ray Buckley (who is a good friend) as to who to vote for in a Republican primary is the day Democrats listen to me as to who they should back in a Democratic primary. Ain’t gonna happen.”

Other Republicans aren’t so sure, in part because the climate in New Hampshire is so similar to other states where Democrats have invested money in GOP races: Incumbent Democrats with no primary opponents and low approval ratings; and a divided GOP field featuring extreme pro-Trump candidates running against more general-election friendly Republicans.

“You don’t think Democrats would spend half a million dollars making sure [Rep. Annie] Kuster gets to run against Bob Burns and not [Keene Mayor] George Hansel,” one N.H. GOP insider involved in races outside the Second District asked. “It would be the best money they ever spent.”

And Kuster may need it. The Cook Political Report has listed her Democrat-friendly district as a toss-up, and the National Republican Congressional Committee (NRCC) just announced it is investing $3.48 million in Boston TV to target both New Hampshire congressional districts. It is part of a new $52 million buy.

“Today’s $52M investment is a warning shot to every vulnerable Democrat who decided they wanted to lose reelection instead of retire,” said NRCC Chairman Tom Emmer. “We are going to relentlessly remind Americans they are worse off than a year and a half ago because Democrats’ policies have created sky-high inflation, soaring violent crime, and a crisis along our southern border. This fall voters are going to restore a Republican majority in the House and bring competent leadership back to Washington.”

With Joe Biden hitting a new record low approval rating — dropping below 40 percent approval in the Real Clear Politics average — Democrats are in danger from any competent candidate.  Why wouldn’t they spend money in the Granite State to keep those candidates off the November ballot?