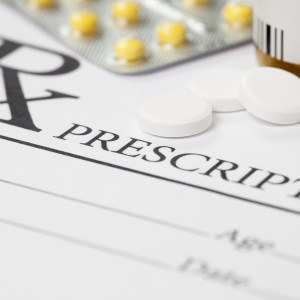 Keystone Hall is a Nashua-based nonprofit organization which provides those suffering from addiction with substance abuse treatment, both low-intensity and high-intensity residential programs as well as recovery services.

The organization runs outpatient services in Nashua, intensive outpatient services at the New Hampshire State Prison, and partial hospitalization at the Hillsborough County Department of Corrections, while also coordinating with the Rockingham County Drug Court program and operating the state’s addiction crisis hotline.

In an interview with NH Journal, Annette Escalante, vice president of Keystone Hall, said treatment services have changed over the course of her 12 years at the facility to focus on medication assisted treatment and specialty programs for women and their children.

Escalante said Keystone has received between $1.2 – $4 million in state funding depending on the year. In addition to the two-year state funding, Keystone receives financial support from the New Hampshire Bureau of Drug and Alcohol Services (NH BDAS), which dispenses Department of Health and Human Services (HHS) funds to private treatment programs throughout the state.

Escalante said there is “always concern” regarding the status of state and federal funding for Keystone.

She said the amount of funding Keystone receives from NH BDAS is entirely dependent on what is distributed by the federal government. She said a reduction in federal funding would set substance abuse treatment back at a time when New Hampshire has vastly expanded treatment opportunities.

According to Escalante, individuals seeking access to a treatment facility could expect a return to waiting periods of four to six weeks while those seeking outpatient services would be closer to six or eight weeks. She said Keystone has planned initiatives dependent on additional funding, including another 55-bed transitional living facility, but cannot move forward with the project due to financial uncertainty.

“If the funding is removed from the state, it’s going to be a huge challenge again, especially at a time like this when New Hampshire is being highlighted, and not for the right reasons,” Escalante said. “It’s been a struggle because you don’t just want to rely on state funding, you want to make sure there’s other funding available but we don’t know what that’s going to be.”

Now, both licensed mental health and substance abuse clinicians receive a federal reimbursement for their services, which Escalante believes are intertwined issues. According to Escalante, 87 percent of patients at Keystone have a co-occurring diagnosis for mental illness and substance abuse disorders.

Keystone has a sufficient workforce of both mental health and substance abuse clinicians, according to Escalante. However, she said that is due to the facility’s location in southern New Hampshire and ability to provide competitive pay. She said clinicians at facilities in northern New Hampshire lack both of those factors and often cover a larger geographic area with another clinician or even work the region by themselves.

Escalante said those who disagree with using the state Alcohol Fund to assist those addicted to opioids still view addiction as a moral issue. She said that interpretation is a misunderstanding of addiction, which usually develops in individuals as a result of personal trauma.

The recovery movement in New Hampshire has evolved from solely relying on the 12-step program to implementing evidence-based approaches to treatment, according to Escalante. She said individuals in recovery are telling their stories to initiate positive change through conversation in their communities.

“I think the more we get people who are open about it and talk about how recovery has been for them, the more educated the public is going to be,” Escalante said. “For me and what’ve I seen, that has actually worked.”