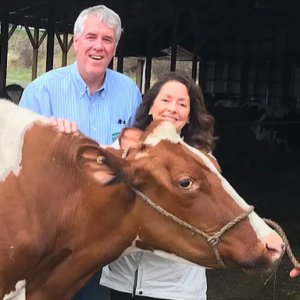 State Senator Jeff Woodburn has a message for Molly Kelly: Come on up to the North Country–I want to campaign with you!

Sen. Woodburn, who’s campaigning for re-election in between court appearances over the nine counts of domestic violence and other charges he’s currently facing, is upset that he’s not seeing more of the Democratic nominee for governor.

“Stop ignoring the north country [sic] gubernatorial candidates! Commit to continuing the Hassan tradition of visiting the North Country once a month,” the Coos County Democrat posted on his Facebook page last week.

Then the accused woman-biter adds this bit of “mansplaining” in his message to Ms. Kelly:

“If Kelly wants to score some points commit to a monthly visits.”[sic]

And why shouldn’t she? After all, they’re both Democrats. They’re both on the campaign trail trying to defeat Gov. Chris Sununu. And neither of them endorsed Woodburn’s opponent in the Democratic primary last month. They’ve got so much in common.

As has been previously reported, Molly Kelly has treated the case of her fellow New Hampshire Democrat very differently from how she’s handled the Kavanaugh issue. Kelly has made the Judge Kavanaugh case a cause célèbre for her campaign, repeatedly posting tweets attacking Kavanaugh and defending his accuser, and running digital ads attacking her opponent, Gov. Chris Sununu, for endorsing Kavanaugh earlier in the summer.

However, Kelly has been virtually silent on the case of Jeff Woodburn since the arrest was first made. She called from Woodburn to resign, but refused to campaign with–or even endorse–the woman who ran against him in the Democratic primary. And despite a flurry of tweets regarding the developments in the Kavanaugh story, Kelly has yet to post a single comment or reaction to the release of disturbing photos of injuries to Woodburn’s victim, or to her fellow NH Democrat’s decision to offer a self-defense strategy in court–in essence admitting he committed the alleged violence.

Now Sen. Woodburn wants Kelly to come on up to the North Country. Will she?

Actually, according to one of the local Democrats who responded to Woodburn on Facebook, Kelly did come up to Coos County to campaign the day after the senator posted his invite.

She apparently forgot to tell Jeff.