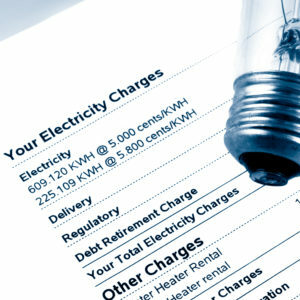 Will Energy Policy Politics (Finally) Heat Up in New Hampshire?

The U.S. government just told American households should expect to see their heating bills jump as much as 54 percent over last winter.

The many Granite Staters who rely on heating oil and propane could wind up spending $500 more to heat their homes this year, it reported.

Here in New Hampshire, a state that already pays the fifth-highest electricity prices in the continental U.S., the New Hampshire Electric Cooperative (NHEC) announced an overall bill increase for most residential members of about 17 percent starting next month.

New Hampshire’s Consumer Advocates Donald M. Kreis says “Your electric and natural gas bills are about to go up, substantially, and you are not going to be happy about it.”

That’s a lot of economic pain, which would traditionally mean an opportunity for political gain. So, why aren’t any New Hampshire politicians talking about energy prices?

It’s not hard to make the case that New Hampshire’s congressional delegation is on the wrong side of the issue. The top reason for rising prices is the lack of access to natural gas, and New Hampshire’s federal legislators are supporting policies to restrict natural gas production.

That is certainly the case for co-op customers. “Natural gas and electricity prices in New England are closely linked,” said Brian Callnan, NHEC Vice President of Power Resources & Access. “As the price of natural gas has risen over the past several months, so has the cost to purchase electricity to serve our members.”

Natural gas prices are soaring in part because we had a relatively warm summer. Gas that would have been stored for the winter was used to generate electricity for AC. But they’re also rising because global demand is surging, while the Biden administration and Democrats in Congress are discouraging natural gas production and transportation.

Pipeline politics are popular among Democrats. On his first day in office, President Biden issued an executive order canceling the Keystone XL pipeline. In July, Dominion Energy and Duke Energy announced they were canceling the Atlantic Coast pipeline due to “legal uncertainty” in the face of repeated challenges from progressive pipeline opponents. And the plug was pulled on the PennEast pipeline just months after winning a major victory before the Supreme Court for similar reasons.

Then there are the restrictions on production. “Under the Biden administration, no new drilling has been allowed on federal lands,” Harrington says. “Remember, the Bureau of Land Management owns about 10 percent of the land west of the Mississippi River. So over the past eight months, existing wells have closed, as all wells do eventually. But unlike last year, new ones didn’t open. As this continues, prices for natural gas will continue to go up.”

If this looks like a perfect storm of pain for energy customers, the forecast is actually worse. The Build Back Better plan backed by Sens. Maggie Hassan and Jeanne Shaheen includes huge increases in energy costs for consumers, according to analysts. A big one is the $150 billion “Clean Electricity Performance Program,” which will raise costs on utilities that don’t increase their level of carbon-free electricity each year.

That, in turn, will force Granite State utilities into price competition for that in-demand power and costs are all but certain to rise — thanks to policies pushed by Democrats. Those policies can be defended as part of the fight against climate change, but it’s hard to argue they aren’t adding to consumers’ costs.

If you’re a member of Congress running for re-election, this is not an argument you want to have. And in the past, Reps. Annie Kuster and Chris Pappas, along with Hassan and Shaheen, have largely been able to avoid the most extreme green politics in their party. The “Green New Deal” resolution in the House has more than 1oo cosponsors, but none of them are for New Hampshire. Hassan and Shaheen have repeatedly refused to take a position on the legislation, either.

But if the expensive green policies currently in the Build Back Better reconciliation bill are still there when Democrats pass the bill, the Granite State’s delegation will have no place to hide.