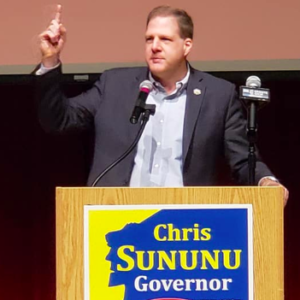 These should be good times for Republican Gov. Chris Sununu. The Granite State is having a beautiful summer, the tourism industry is booming and the June jobs report hit a record high number of New Hampshire residents working–and the workforce is still expanding.

The New Hampshire Democratic Party has somehow convinced itself that going to the mat on behalf of tax increases is a good thing, and they gave Gov. Sununu a budget that was easy to veto. Regardless of what a final budget deal looks like, Sununu will be “the guy who vetoed tax hikes.”

Sununu survived the #BlueTsunami that was the 2018 midterm in New Hampshire, polls show he’d be tied with Sen. Jeanne Shaheen if he ran for U.S. Senate (he decided not to), and he’s the 3rd most beloved governor in America.

So why did he spend so much of his day Tuesday dodging the press or grimacing uncomfortably into a WMUR camera?

Because Gov. Sununu is only the second most popular Republican in New Hampshire…among Republicans.

And the results are clear:

New Hampshire Republicans don’t like Donald Trump. They absolutely love him. And the more he fights and the more the insults pile up, the higher his support among the NHGOP grows. Check out this chart: 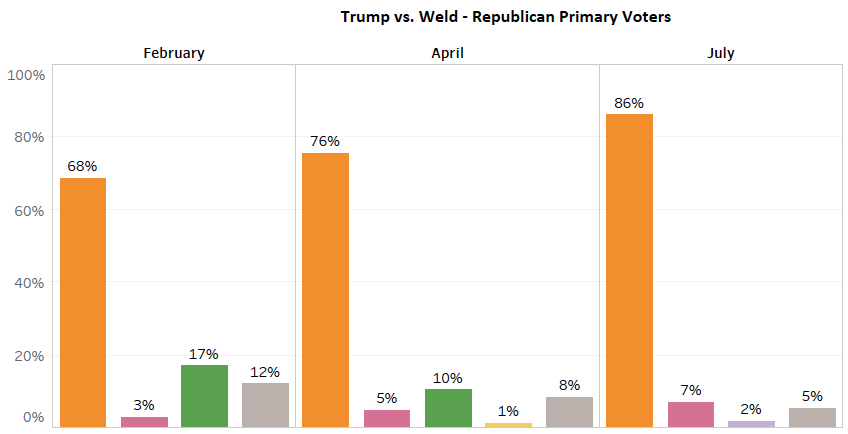 The Trump tweets keep coming, the controversies, the over-the-top antics and racially-charged attacks…and Trump’s support among GOP primary voters has steadily increased. And while this poll was taken before the president’s “Go back where you came from” tweet, does anyone believe the current controversy will fundamentally change this math?

Not only do NHGOP’ers support Trump, but 70 percent of them think he’s either an above-average POTUS or “one of the best ever.”

OK, so why doesn’t Sununu embrace Trump? Or become his biggest cheerleader?

“Because he doesn’t have to,” says Wayne Lesperance, Professor of Political Science at New England College. “Nobody is going to vote against Chris Sununu for not attacking Trump or vote for him because he did,” Lesperance told NHJournal.

Yes it’s true, as the UNH poll showed, that 86 percent of New Hampshire Republicans approve of Trump’s job performance–along with 91 percent(!) of those who voted for him and, interestingly, 34 percent of people who didn’t vote in 2016 at all. But it’s also true that many of those Trump fans understand why people don’t like him, and why plenty of elected Republicans distance themselves from Trump either out of earnest discomfort or political expediency.

“There is only one Donald Trump,” Lesperance said. “Nobody can copy him, but his voters don’t expect other Republicans to be him, either.”

Which is why, no matter how hard NH Democratic Party Chairman Ray Buckley works to portray all elected Republicans as “just like Trump,” it’s not going to work. Everyone knows (including Buckley) that it’s not true. Trump is Trump. There’s never been a successful national politician like him. And while his egregiously over-the-top behavior hurts the GOP brand (particularly in New England), it simultaneously is so unique that it creates space for Republicans like Chris Sununu to keep from being branded by him.

“Everything coming out of Washington lately is offensive and everyone in Washington needs to really take a look at what the American people are willing to tolerate and this isn’t it,” Sununu told WMUR when asked about Trump’s comments.  “This isn’t it at any level.”