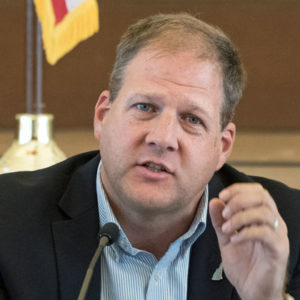 Why Is Sununu Punching Down at Dan Feltes?

Sen. Dan Feltes made it official today, formally announcing his race for governor in 2020. Feltes won’t get a free shot at Gov. Chris Sununu. Executive Councilor Andru Volinsky has an exploratory committee up and running, and many NHDems expect either former state senator Molly Kelly or Portsmouth Mayor Steve Marchand (or both) to get into the race.  And rumors abound that at least two other prominent Democrats are considering a run as well.

Why wouldn’t they? If the current math holds and Trump stays 10+ points underwater, another 2018-style Blue Tsunami could wash over New Hampshire politics and sweep the Democratic gubernatorial nominee to victory despite Sununu’s personal popularity.  Yes, Sununu survived 2018, but Donald Trump’s name wasn’t on the ballot. Will Trump help Sununu or hurt in 2020?

Anybody who says they know what’s going to happen doesn’t know enough about politics to be trusted on any topic.

Still, there’s a race on, and the question some Republicans are asking is why Gov. Sununu keeps singling out Feltes for special attention? Why is Sununu so willing to throw down on the guy.

Last Thursday, for example, Sununu told WGIR’s Jack Heath, “Dan Feltes is one of those guys praying for a recession so he can have something to talk about. It’s frankly disgusting behavior.”  And during the early days of the budget veto battle, Sununu said “What Dan Feltes does I don’t really care. I don’t think anybody cares.”

Hey, politics ain’t beanbag and this is hardly Trump-style political rhetoric. But it is interesting that Sununu rarely talks about other Democrats the way he talks about Feltes.  When Volinsky cast one of the three votes to keep the (highly respected and indisputably qualified) Gordon MacDonald off the state Supreme Court, Sununu railed against the partisan politics of the vote, but he didn’t target his venom at Volinsky.

So why Feltes?  Particularly when there’s a Democratic primary on the way, and Feltes is facing a likely intraparty civil war between progressive activists and traditional liberals over the next 12 months.  Isn’t this the right time for a popular incumbent governor to sit back and look gubernatorial?

Some NHGOP’ers believe it’s just Sununu being Sununu. That he likes the combat of partisan politics more than he cares to admit, and he’ll be duking it out with the entire field before it’s over.

Others say it’s because Sununu sees Feltes as the most formidable opponent in the race. “It will be easy to lump Volinsky in with ‘The Squad,'” one longtime NH political observer told NHJournal. “Feltes isn’t like that.”

He’s certainly smart enough to make a commitment that Volinsky won’t: “Let me be clear, I do not support a broad-base income or sales tax and I would veto one if it came to my desk as governor,” Feltes said today.

Or it could be the case that because Sununu and Feltes are currently engaged in a fight over the budget, more political jabs are just going to be thrown.  Maybe it’s just bad timing.

But there’s another theory worth considering. Watch Feltes’ announcement video. There’s a lot of “my dad worked in the furniture factory, we knew what it meant to stretch a dollar” class warfare in his message. At one point he calls Sununu out: “I wasn’t born in a family of politicians. My father wasn’t governor,” Feltes says, and he accuses the governor of not understanding middle-class families.

We are certainly living through a populist political moment, and if Dan Feltes wants to return to a time-honored tradition of running as the guy who grew up in a log cabin–one that he built himself!– that’s fine.

But it’s easy to see how Feltes’ “Dan Aykroyd as Bob Dole” act could get old for someone like Sununu, with its implicit indictment of his success as somehow less than earned.  And while being a legal aide attorney is a fine career choice, Feltes can sometimes come off as a tad self-righteous.

The smart politics is for Sununu to stay above the fray while Feltes and the Democratic field fight it out. But sometimes Sen. Feltes makes a political target that’s hard to resist.