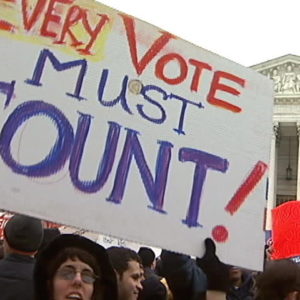 The same day that the Democratic-controlled NH House voted to repeal voting security laws–one of which has yet to go into effect–and the NH ACLU announced a federal lawsuit against the Granite State over voter requirements, news hit regarding a new study that finds….it’s all a waste of time.

A new study released by the National Bureau of Economic Research finds claims by Democrats that strict voter ID laws suppress the vote are simply untrue.  Requiring ID to vote doesn’t suppress turnout overall, or in “any group defined by race, gender, age or party affiliation,” the study finds.

“First, the fears that strict ID requirements would disenfranchise disadvantaged populations have not materialized,” write Vincent Pons of Harvard University Business School and Enrico Cantoni of the economics department at the University of Bologna in Italy. “Second, contrary to the argument used by the Supreme Court in the 2008 case Crawford v. Marion County to uphold the constitutionality of one of the early strict ID laws, we find no significant impact on fraud or public confidence in election integrity. This result weakens the case for adopting such laws in the first place.”

For the usual reason: partisan politics.  Call it the Stacey Abram’s Syndrome.

Abrams, who lost her bid for Georgia governor in 2018,  has made the issue of alleged vote suppression her key issue. As a result, she became the first private citizen to give a major party’s formal response to a State of the Union address.  After her defeat in November, she claimed  “democracy failed Georgia.” In her speech after the SOTU, Abrams declared:

“Let’s be clear. Voter suppression is real. From making it harder to register and stay on the rolls, to moving and closing polling places to rejecting lawful ballots, we can no longer ignore these threats to democracy.”

Interesting, but almost certainly untrue given that 2018 saw the highest midterm turnout in the modern era. In fact, the 116 million Americans who voted–49 percent of the eligible population– was a 23 percent spike over the midterm average. And what state had the highest increase in turnout compared to their historic average?

In New Hampshire, despite the alleged system-rigging by Gov. Chris Sununu and GOP-controlled legislature, turnout hit a jaw-dropping 573,000 votes for the midterm–even higher than the record 540,000 Secretary of State Bill Gardner predicted.

And the turnout surge included nearly every demographic group. Across the nation, black voter turnout went from 40 percent in 2014’s midterm to nearly 50 percent in 2018. Young people, many of the college students, are voting more, too.

Where is the suppression?  Turns out, it’s in the minds of demographic groups that are part of the Democratic coalition. Which explains why, whatever the actual numbers, NH Democrats are going to keep talking about it.

Minority voters and young voters believe, regardless of the objective data, that voting rights are being suppressed. According to a poll by the left-leaning Atlantic magazine, “68 percent of black respondents in [our] poll think that disenfranchisement is a major problem, and a similar proportion believe that disenfranchisement is the biggest electoral problem in America.”

President Obama’s Attorney General Eric Holder, who considered a 2020 run himself, said that voting rights has become a “top-five issue.”

“This one has broken through and will be something people will talk about and make their decision about who they’re going to vote for,” Holder said.