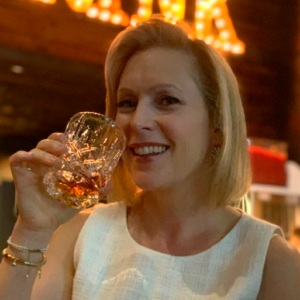 Why Is Kirsten Gillibrand Going Nowhere in Granite State Polls?

And on Tuesday morning, you could have seen Gillibrand at a Politics and Eggs breakfast on the St. Anselm College campus, her seventh straight day in the Granite State.

The one place you won’t find the Gillibrand campaign? Anywhere in the polls.

Sen. Gillibrand is at zero percent in five of the last six polls of New Hampshire voters listed at the FiveThirtyEight website. Her RealClearPolitics average for New Hampshire is 0.3 percent, putting her behind tech entrepreneur Andrew Yang and former Colorado Gov. John Hickenlooper.

National polls tell a similar story. As the Washington Post put it this weekend: “Gillibrand is currently polling between 0 and 1 percent in national surveys, nestled in the bleak data crevice between Ohio Rep. Tim Ryan and Washington Gov. Jay Inslee.”

The obvious caveats are that it’s still early and plenty of candidates have yet to make a move in the polls. What makes the New York Senator different is that she’s spent more time in New Hampshire than virtually any other candidate. And, statistically speaking, she has the least to show for it.

Former Vice President Joe Biden has had just 10 events in New Hampshire, according to tracking by New England Cable News. Sen. Kamala Harris has had 12 events and Mayor Pete Buttigieg 16. And they’re all having some polling success in New Hampshire.

How many events has Kirsten Gillibrand had here? Politics and Eggs will be her fifty-fifth(!) event–and counting.

That’s 55 visits from a sitting U.S. Senator in a nearby state who’s gotten a steady stream of local and national media coverage….and who’s barely outpacing Marianne Williamson in the polls. In fact, given no New Hampshire polling has been released since the first Democratic primary debate, it’s possible Gillibrand is now trailing her, too.

In fact, other than unknown self-funder former MD Rep. John Delaney (who has held 111 events in the Granite State but is still stuck around 1 percent) Gillibrand has held the most events to least effect of any 2020 candidate.

The question isn’t why Gillibrand isn’t winning in New Hampshire, or why she’s not a front-runner, or even “why isn’t she doing at least as well as Sen. Amy Klobuchar?” The question is, after so much retail campaigning and with relatively high name ID, are New Hampshire saying something about the Gillibrand candidacy?

“I don’t understand it,” state Rep. Susan Ford (D-Bath) told NHJournal. Ford was the first state representative in the country to endorse Sen. Gillibrand’s presidential bid, and she’s also puzzled by the polling.

“I do know that people in New Hampshire are waiting to make up their minds,” Ford said. “I hear it here in the North Country all the time. The name of some candidate comes up and it’s ‘He or she hasn’t even been up here yet. I don’t know if I like them or not.'”

But once again, Sen. Gillibrand has been in the North Country, and the Seacoast, and pretty much everywhere in between. She’s even doing a “Win a Whiskey with Kirsten” fundraising promotion to connect with voters.

Some Democrats tell NHJournal they believe Gillibrand’s fundamental problem is that she’s running an entire campaign on women’s issues in a race where candidates like Warren and Harris let Democrats both vote for the first woman president and advance other agenda items at the same time.

“I’m not sure she has the star power that a Liz Warren has,” one NH Democrat said.

“Look, she [Gillibrand] is a one-dimensional candidate,” another longtime political activist told NHJournal. “It’s not working.”

“When you’ve been to a small state like New Hampshire 55 times and you’re still basically at zero, the voters aren’t just trying to tell you something–they’re shouting it at you: ‘This isn’t your year!'”