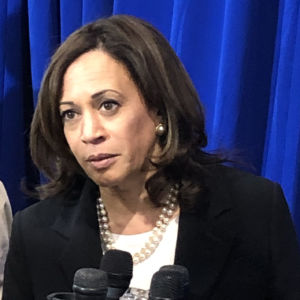 Why Are 2020 Dems Bringing Anti-Gun Message To State With Lowest Murder Rate in US?

On Wednesday, Sen. Kamala Harris brought her aggressive policies on guns and gun violence to New Hampshire, a problematic location given the state’s statistics on guns, ownership, and crime.

Speaking to a group at Girl’s Inc in Nashua, a non-profit organization dedicated to “helping girls achieve their personal best through one-on-one attention and leadership development,” the California senator touted her pledge to take executive action on gun laws. In particular, she believes current law gives the president the authority to ban weapons “not suitable for or readily adaptable to sporting purposes,” and a campaign source tells the Sacramento Bee she intends to invoke this power to ban all “AR-15 style assault weapons.” 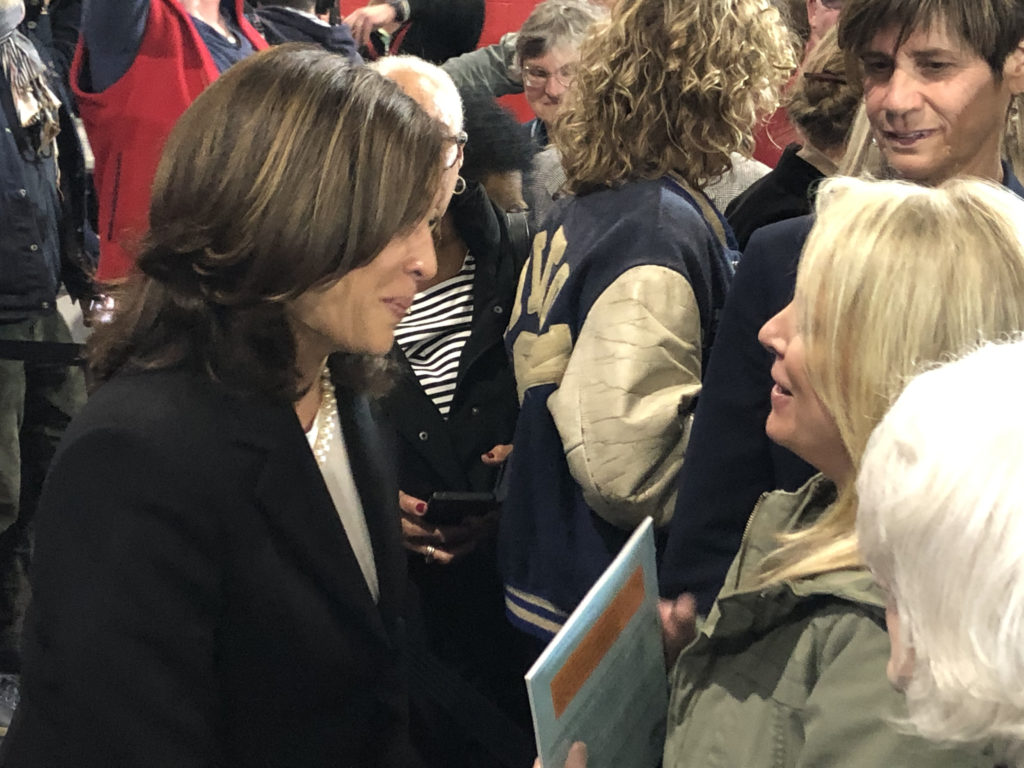 Sen. Kamala Harris talks to a member of the audience at a campaign event in Nashua, NH on May 15th, 2019.

Harris’ plan includes requiring anyone who sells more than five guns a year to do background checks; order the Bureau of Alcohol, Tobacco, Firearms and Explosives to take away licenses from gun dealers that don’t follow the law; and eliminate the 2005 Protection of Commerce in Arms Act, which protects gun manufacturers from liability lawsuits when their products are used in a crime.

It’s unclear how a president can repeal an existing law, but it’s a sign of how aggressive Sen. Harris has become on the gun issue, particularly in the wake of fellow 2020 candidate Sen. Cory Booker’s even more sweeping gun control proposal. Booker wants a mandatory federal gun license for all purchases, a one-on-one interview with a federal agent, and mandatory gun confiscation.  And, like Harris, Sen. Booker came to New Hampshire to promote his gun-control agenda.

Harris told reporters after her speech that she approved of Booker’s federal-licensing approach. “I like his ideas,” she said. 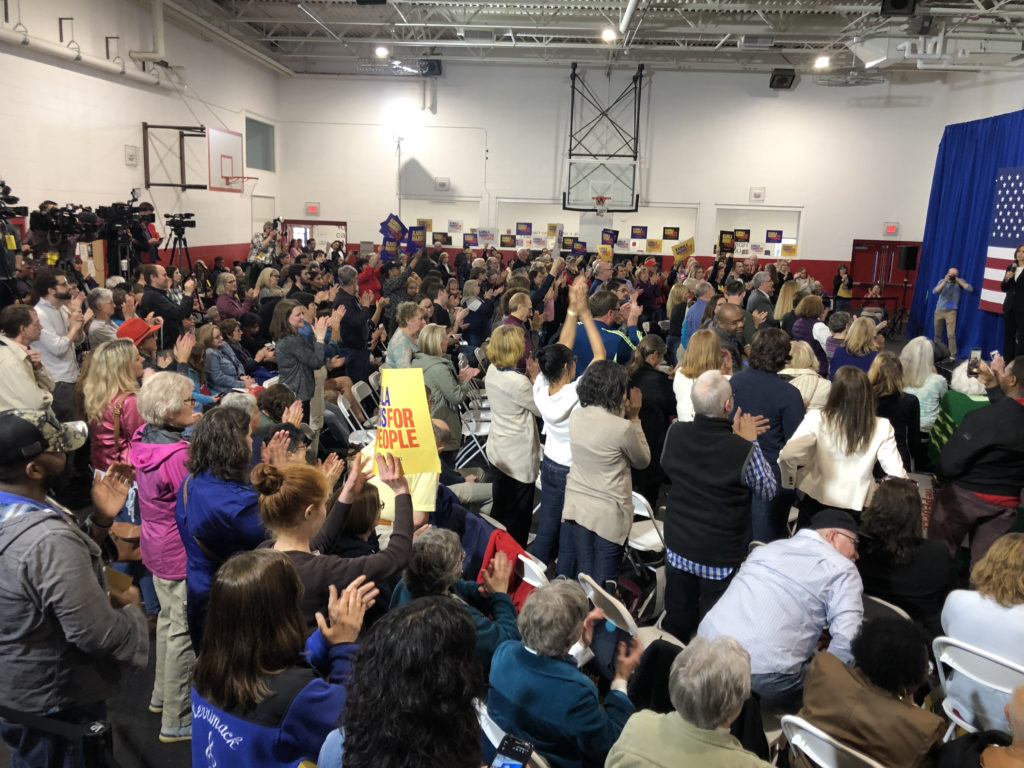 Sen. Kamala Harris gets a standing ovation from a Nashua, NH crowd.

But why?  Second Amendment advocates note that New Hampshire is a “laboratory of democracy” whose results undermine the gun-control case.

For example, New Hampshire has the third-highest rate of per capita gun ownership in the U.S. but the lowest homicide rate.  It’s also ranked the third-safest state overall and has the lowest property crime rate in the country, too.

And in 2017,  Gov. Chris Sununu and the GOP-controlled state legislature passed so-called “constitutional carry,” giving Granite Staters the right to carry a concealed firearm without any additional licensing.

“New Hampshire has one of the highest rates of gun ownership in the country, no license for concealed carry…and the lowest murder rate in America,” JH Hoell of the New Hampshire Firearms Coalition told NHJournal.  “Sen. Harris is coming to New Hampshire to propose a big-government, anti-Constitutional solution to a problem that literally does not exist.”

New Hampshire GOP State Rep. Scott Wallace notes the irony of getting advice on fighting gun crime from these two senators in particular. “When it comes to crime, where would you rather live: In California or New Jersey–or in New Hampshire?  Our gun laws work right now. We don’t need advice from these two.”

Hoell agrees: “According to the 2017 FBI violent crime data, New Jersey–a state with some of the most restrictive firearms laws in the country–has murder rate almost three times higher than we do. Maybe Senator Booker should study real-world data and remove his pollyanna views on the actual costs of gun control before publishing policy statements.”

And then there’s the fact that Harris’s ban on AR-15-style weapons would only apply to those manufactured abroad. In 2016, American gun companies produced 4 million rifles, about 1 million of which were in the AR-15 category.

“Sen. Harris is doing more for the ‘Buy American’ movement than Donald Trump!,” one critic noted on Twitter.

When asked about her decision to make her gun-control announcement in a high-gun-ownership, low-crime state like New Hampshire, Harris told InsideSources “because this is a national issue and it is, frankly, a crisis.”

“There was a high school student, a young woman, here after the event who was crying on my shoulder–crying big tears– because she has had to go through those drills and she is afraid.

“It’s a national issue, it should be a national priority. It is not about taking all the guns away. Gun owners also know that this is what we need to do that’s common sense. This is about smart gun safety laws,” Harris said.