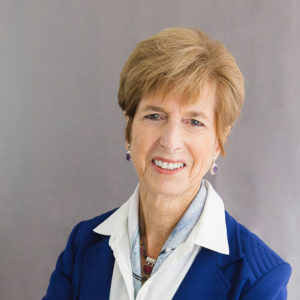 WHITMAN: It’s Time for ‘Republicans and Independents for Biden’

Addressing the Republican National Convention in 1964, Dwight D. Eisenhower opened his remarks to his fellow Republicans gathered in San Francisco by noting, “I am here this evening first of all as a citizen of the United States with primary allegiance to my country.” It is painfully evident that what was true for Eisenhower is not true for the current occupant of the Oval Office. This makes our duty in November all the more clear: we must defeat Donald Trump and elect Joe Biden.

The Republican National Convention was a glorified telethon constructed for the sole purpose of paying homage, and swearing fealty to Donald Trump. There was no party platform. There was no recognition of the contributions of past Republican giants and no appearances by any of the living former Republican Presidents or Vice Presidents. In short, it was devoid of all recognition from previous quadrennial gatherings of my fellow Republicans.

Integrity. Duty. Freedom. Conservation. These are more than just words, they are clarion calls echoed throughout the decades by past Republican presidents in service of building a more perfect union. Whether it be Reagan’s ‘shining city on a hill’ or H.W. Bush’s ‘thousand points of light,’ past Republican presidents marshaled our best character to overcome our world’s gravest challenges. The past four years have been the antithesis of these values for which we have fought.

Fear, anger, division, self-aggrandizement, and self-dealing. These are the traits that define a small man, at a big moment in our history. They also define Donald Trump. I believe he is not fit to serve a second term, nor fit to lead this nation. And I am fighting to defeat him in November.

That’s why today, I invite my fellow Republicans and right-leaning Independents to join me and the nearly 100 other current and former Republican elected officials, members of previous Republican administrations, and party leaders in forming a coalition of the decent, to elect a decent man President of the United States.

Listening to the convention, one would think that Joe Biden is a left-wing radical, a socialist, a crime-loving, police-hating, faith-rejecting, job-destroying, China-loving senile old man who isn’t up to the job.

The truth is that Donald Trump is the radical who wants to take away states’ rights by deploying unidentified federal agents to override local and state authorities.

He is the one who inflames hate, stokes division and celebrates violence to further his perverse political agenda. Only the latest example is his going to Kenosha, Wisconsin, against the advice and requests of the mayor and governor, as that city tries to heal.

He is the one who desecrates our reverence for places of worship by posing for photo-ops while striking down Americans expressing their rights as guaranteed by the Constitution and deploying federal troops to break up demonstrations.

He is the one who has destroyed millions of jobs and put millions of Americans on government payrolls. Today, in Donald Trump’s America, 30 million of our fellow citizens are without work.

He is the one who praises the autocratic leaders of China, Russia and seemingly everywhere else for nefarious purposes, most likely to further his own financial interests from which he has refused to divest. Not even mentioning a Russian bounty on our troops in any of his calls with Vladimir Putin.

Not only has Joe Biden done none of these things, I believe has the right temperament and experience to restore the faith in our executive branch domestically and abroad, and restore our ability to serve as a respected nation on the global stage.

He has put forward a plan to save thousands of American lives by finally defeating an out-of-control pandemic.

He has put forward a plan to invest in American energy, infrastructure, and technology to ensure we continue to remain the world’s center of innovation.

He has committed to protecting our national security and restoring our credibility on the world stage by reaffirming American support for bedrock international alliances, like NATO.

He has rejected the violence taking hold in our cities, but also called for a long-overdue national reckoning on the disease of systemic racism and injustice that has pervaded our country for too long.

In short, Joe Biden wants to be a president for all Americans. He is the leader we need to restore honesty, integrity and a sense of duty to the oval office.

And so, our work begins. Republicans and Independents for Biden launches today with an ad buy targeting suburban women who gave Donald Trump a chance, but who are considering a change.

There will be more to come. We will be tireless in our advocacy for Joe Biden, and relentless in our efforts to defeat Donald Trump.

To all my Republican and Independent friends out there who feel as I do but who have sat on the sidelines thus far, I encourage you to join us, and recall once more the words of Eisenhower in 1964:

“I believe with all my heart that the kind of party ours must be is one that rejects as unfit and unwholesome all who are purveyors of hatred and intolerance, who are prone to the use of violence, who malign the character of fellow Americans and who baselessly charge decent Americans with treasonable acts or intentions.”

The time is now. The cause is urgent. Join us.