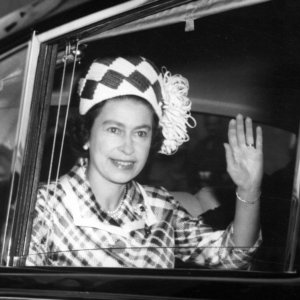 When Queen Elizabeth Was a Kid …

As Britons and many others worldwide mourn Queen Elizabeth II’s death, I was reminded of a story about her when she was Princess Elizabeth. Half a century ago, I heard it from a Scotland Yard officer assigned to her protection detail at Buckingham Palace in the 1930s.

In 1967, I visited the Churchill War Rooms, deep underground beneath the Treasury in London, where the highest levels of the British government met to formulate strategy during World War II. Before the rooms were open to the public, a person wishing to visit had to make an appointment to be guided through the rooms. I managed to arrange a visit and was included with a small group of retired Scotland Yard officers (along with their families) who had been assigned there during the war.

The rooms are a remarkable slice of history. Everything — the maps on the wall, papers scattered on desks, pipes in ashtrays — is unchanged from the end of the war, August 1945. But perhaps most fascinating of all was the reminiscences of the retired officers, which were like observing firsthand a History Channel documentary.

One told about his first assignment in the 1930s, before the war when he was guarding then-Princess Elizabeth. He described how she liked to stand on the high windowsill of her playroom and watch The Princess’s Regiment drilling in the courtyard below. One day her mother came into the room, and the guard lifted her down from the windowsill, saying, “There you are, little lady,” to which she answered, “I’ll have you know I am not a lady; I am a princess.” Her mother said, “Alas, it’s true that she is a princess, but we’re hoping to make a lady of her someday.”  (Obviously, they succeeded admirably.)

Another officer described his first Scotland Yard assignment, guarding the War Rooms and their surroundings on the graveyard shift during the war. On his first day of orientation, his sergeant had an odd admonition: “When you’re making your rounds on the ground level in the middle of the night, if you see an elderly chap smoking a cigar and peeing into the bushes, it’s probably Mr. Churchill getting some fresh air, so steer clear.”

As an ardent Anglophile, that tour was one of the most memorable experiences of my life, a rare opportunity to experience history vividly.

A couple of decades after I visited the War Rooms, I attended a small dinner party in London, at which one of the guests was a granddaughter of Mr. Churchill who had carved out a career lecturing about her illustrious grandfather. I told the story about the prime minister’s nocturnal wartime walks.

His granddaughter was not amused.

Henry I. Miller, a physician and a molecular biologist, is a senior fellow at the Pacific Research Institute. He wrote this for InsideSources.com.