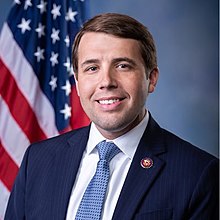 What Is Chris Pappas Thinking?

One year ago, Chris Pappas was barrelling his way to a big win in the First Congressional District’s Democratic primary with a message of moderation. In November, he handily defeated Republican Eddie Edwards with a campaign that focused on, as one of his TV ads put it, “Delivering Results,” not partisan divisions.

“It’s time for Washington to move beyond our political differences,” Pappas said on the campaign trail. “Washington is too divided.”

Less than a year later, Pappas became the only Democrat representing a House district carried by Donald Trump to call for formal impeachment proceedings.

The same Democrat described as “cautious” by local members of his party, who assiduously avoided endorsing Medicare For All or the Green New Deal, and who’s mostly stayed out of the culture wars raging around the Trump presidency, is suddenly embracing impeachment. Why?

NHJournal talked to a half dozen veteran New Hampshire Democratic activists and strategists and they all had the same answer.

“But notice that he waited until after [Rep. Annie] Kuster made her announcement,” another Democrat said. “He let her go first and let her take any bullets. Chris is always very careful.”

New Hampshire Democrats are puzzled by Pappas’ decision because, on paper, it makes no sense. None of the Democrats who spoke to NHJournal said they’ve seen a surge in support for impeachment among Granite Staters, and none of them know of a progressive primary challenger pushing Pappas to the left.

Indeed, several Democrats pointed to a New York Times article that came out just after Pappas’ announcement with a Bow, N.H. dateline and the headline, “Why Aren’t 2020 Democrats Talking About Impeachment? Because Voters Aren’t Asking.”

“People are realistic, and they know it can’t get done before the election,” longtime N.H. Democratic strategist Terry Shumaker told the Times. Even Tom Steyer, founder of the #NeedToImpeach movement, isn’t mentioning impeachment in his (many) 2020 POTUS campaign mailers or TV ads in New Hampshire.

Since former special counsel Robert Mueller’s less-than-stellar testimony, public support for impeachment has been waning, not rising. And while another dozen or so Democrats in Congress have joined Pappas in calling for an impeachment inquiry, one key member has not: House Speaker Nancy Pelosi.

Which means that in a single move, Pappas has put himself on the wrong side of both the center-right voters here at home, and his party’s leader back in Washington. Once again–why? How is this smart politics?

“Maybe he actually means it,” one Democratic activist told NHJournal. “I’m proud of him.”

This Democratic campaign vet tells NHJournal that the party should move forward on impeachment “because it’s the right thing to do.”

“What Trump did is wrong and it’s impeachable, even if you can’t prove a criminal conspiracy,” the Democrat said. And as for the lack of public support, “the inquiry itself will get the American people there.”

“I think an impeachment inquiry is integral to Democrats winning in 2020 as well as morally imperative,” the strategist said.

Perhaps, but so far the data suggest otherwise.  Meanwhile, Pappas has opened himself up to attacks over his priorities in Washington.  The obvious argument from the NHGOP is that Pappas and the “Do-Nothing Democrats” should spend time working on issues that matter to New Hampshire–like health care, immigration, infrastructure and trade–and less time doing the bidding of far-left partisans like Rep. Alexandria Ocasio-Cortez.

The NHGOP is already running web ads linking Pappas to the high-profile (and highly-unpopular) AOC, and sources tell NHJournal that the party is just beginning. 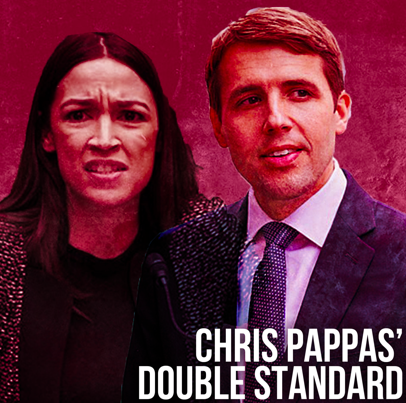 “Chris Pappas is joining the impeach and obstruct bandwagon, despite the fact that a majority of Americans don’t support it,” RNC Spokesperson Nina McLaughlin told NHJournal. “If Chris Pappas actually cared about producing results for Granite Staters, he’d drop the partisan charades and work on issues that matter, like enacting the USMCA.”

McLaughlin also took a shot at Pappas for “pushing doomed Socialist proposals like a $15 minimum wage that he doesn’t even pay his own employees” at the Puritan Backroom Restaurant.

Meanwhile, some New Hampshire Democratic insiders are hoping their party will move past the unpopular impeachment issue and focus on the big picture.

“I would prefer if we would focus on the issues that can defeat Donald Trump,” one longtime Democratic strategist told NHJournal. “Even if the House voted to send impeachment articles to the US Senate, he still will be the Republican nominee.

“The smartest politics is figuring out how to defeat Donald Trump in 2020.”