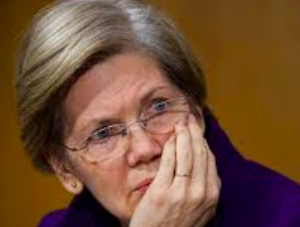 What Happened to Liz Warren?

Three months ago this week, Senator Elizabeth Warren looked like the 2020 frontrunner so many Democrats dreamed she could be. After months of languishing in the New Hampshire polls — a must-win state for the Massachusetts senator — she had roared back to the top of the pack. She was leading in Iowa, too, five points ahead of second-place Joe Biden. She had even managed to raise more money than Bernie Sanders in the previous quarter.

Today? Warren is fading — and fast.

The former frontrunner is in fourth place in both Iowa and New Hampshire. In the Granite State, her support has fallen by a jaw-dropping 50 percent. In a sure sign that the campaign is struggling, the Warren camp is celebrating the endorsement of former HUD Secretary Julian Castro as a big win.

The Washington Post referred to it as a “timely boost.” The New York Times says the endorsement “could help Ms. Warren reignite excitement at a critical moment.”

But in the last New Hampshire poll taken before he dropped out, Castro was polling at 0 percent.

How did Warren, a one-time Democratic rock star who seems to fit her party’s 2020 mood so well, wind up trailing a relatively unknown Midwestern mayor in her own New Hampshire back yard?

Some campaigns struggle with message. That’s Sen. Cory Booker, who’s offering an optimistic vision of unity and partisan reconciliation to a Democratic base that’s ready to rumble with the Republicans.

Some campaigns have structural problems: Not enough money, too little name ID, no natural political base. Would governors like John Hickenlooper and Jay Inslee have made good nominees? We’ll never know.

And then there are the campaigns facing the most daunting obstacle of all: Their own candidate. (See “O’Rourke, Beto.”)

The first two problems can be fixed. The last one can’t.  And every day the evidence builds that the Liz Warren campaign’s biggest problem, is Liz Warren.

“She got an authenticity problem,” one DC political operative told NHJournal. “It’s the one thing about her that’s real.”

The authenticity issue appeared again this week when Warren amended her views on the U.S. military strike that killed Iranian Quds Force leader Qasem Soleimani, after blowback from progressives. Her first reaction was to declare Soleimani a “murderer responsible for the deaths of thousands, including hundreds of Americans.”

Within 24 hours she was calling him a “senior government official,” who had been “assassinated,” and she repeatedly refused to concede that Soleimani is a terrorist. (He was declared the leader of a terrorist organization by both the Bush and Obama administrations.) Rather than celebrating his demise, Warren was suggesting that Soleimani only died because Trump is facing impeachment.

“Wow. We went from ‘murderer’ to ‘wag the dog’ in the space of a few days,” quipped CNN’s liberal commentator Chris Cillizza.

Why the shift? Because progressives like Sanders were denouncing the Trump administration’s action as illegitimate, and were uncomfortable with criticism of Soleimani that might support Trump’s case.

“Given where she is in the race, Warren simply could not withstand that sort of criticism from the left,” Cillizza wrote.

The Soleimani story is small potatoes. But it’s part of a growing list — her claims of Native American heritage, her debunked story about being fired over a pregnancy, her misleading statements about her children attending public school and her backtracking on Medicare For All — that suggests Warren is willing to say whatever it takes to get elected.

“She started off as a candidate with a strong message: ‘I want to fight for you, I’m going to take on corruption.’ She sounded like someone who knew exactly what she wanted to do,” Democratic strategist Joel Payne told NHJournal.

“Now she sounds like a candidate who’s still looking for a message, and that’s not good.”

Some Democrats disagree. “I don’t think the Native American thing or these other stories are hurting her. I think she’s got an explanation for all of them,” said Bob Shrum, director of USC’s Center for the Political Future and a veteran of multiple presidential primaries. “I think it’s one thing: Medicare For All.”

That’s a common explanation for Warren’s weakness. Democrats and pundits point to the release of Warren’s poorly-received $52 trillion healthcare plan as the moment her campaign began to founder. “It’s not true that New Hampshire Democrats don’t like Warren,” one senior Democratic Granite State source told NHJournal. “They just hate her Medicare For All plan.”

But even the Medicare issue highlights Warren’s authenticity problem. One reason she was forced to release the politically-damaging specifics of her plan was because she’d spent weeks refusing to say whether her proposal would require a middle-class tax hike. She gave so many obviously evasive answers that late-night TV host Stephen Colbert begged her on the air to find a better response.

Warren supporters are quick to suggest that she’s the victim of misogyny, that conversations about authenticity and likeability are just code words for being uncomfortable with a woman nominee. But that hardly makes sense in New Hampshire, where three of the four Democrats in the congressional delegation are women, the two previous governors were women and where Hillary Clinton won both the 2008 primary and the 2016 general election.

These are voters who are more than willing to vote for a woman. At the moment, however, they appear reluctant to vote for Liz Warren.

And that’s a ‘candidate’ problem.