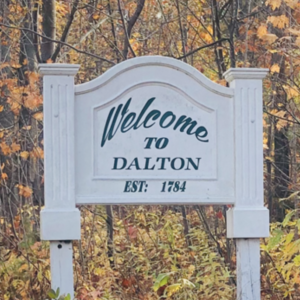 Posted to Politics November 08, 2020 by NHJOpinion

If anyone is trying to curry political favor, John W. Casella certainly fits the bill.  Although his company is headquartered and he lives in Vermont, he is a consistent contributor to New Hampshire Republican candidates and the New Hampshire Senate Republican PAC, according to filed campaign finance reports.

We are convinced that the vast majority of North Country residents are opposed to the Casella proposal, and there are at least three non-profit citizen organizations that support sustainable alternatives to another Casella landfill in the Ammonoosuc River watershed.

We are the North Country Alliance for Balanced Change (NCABC), and we applaud the Grafton County Democratic Caucus opposition to yet another North Country landfill, and its responsible call to reform the state’s solid waste management policies (Opinion: Our Future Can’t Be Bought NH Journal Oct. 13).

The Grafton County lawmakers rightly point out that state government’s role in managing solid waste generated within New Hampshire must not be outsourced to companies, out-of-state companies at that, which are motivated by profits and without strong local roots.

In particular, there is significant concern that, according to Casella’s commitment to the town of Dalton, up to half of all of the waste landfilled in Dalton will come from out-of-state.  The caucus also wisely proposes managing “our own trash infrastructure” or risk negative impacts on the environment and tourism economy.

The Caucus correctly noted that the environmental and quality of life impact posed by a 137-acre landfill (for starters) near the shores of Forest Lake and one of the state’s oldest state park would be significant—with repercussions on the region’s tourism economy, and quality of life for thousands of North Country residents.

In a letter dated Oct. 1 to the state Wetlands Bureau, the advisory committee cited numerous concerns, including the disruption of “well-functioning wetlands” and five vernal pools on the site, in addition to the impact of two landfills upstream of Lisbon, Bath and Woodsville which all depend on the river and its watershed for drinking water.

The committee also worried about drainage and runoff flowing downhill from the landfill to the river and the impact on two trout fisheries and wildlife habitat posed by the proposed Dalton landfill. The prospect of heavy truck traffic to and from the proposed landfill on Route 116 also was cited by the committee in its decision.

NCABC believes that the state Department of Environmental Services must insist on solid waste management protocols protecting the land, water, quality of life, and health of the people of New Hampshire.  The Dalton site that Casella favors is no doubt convenient and cost-effective for Casella, but for so many reasons it is otherwise a terrible site for a new mega-landfill.

DES’s mission is “to help sustain a high quality of life for all citizens by protecting and restoring the environment and public health in New Hampshire.”  That mission says nothing about fostering the convenience and economic advantage of Casella Waste Systems Inc. which has exploited a void in a regulatory capacity and political willpower for decades in New Hampshire.

Casella suggests that NH has no solid waste alternatives other than to approve its proposal for a new Dalton landfill.  Nonsense.  There are viable alternatives that communities can choose, including other existing landfills, as well as better management of their solid waste volumes.

Communities south of Franconia Notch anticipating shipping their solid waste to the White Mountains region of the North Country to an ill-suited and unwanted Dalton landfill should consider regional solutions for their waste.

NCABC was formed in 2008 and works to advance initiatives and policies that balance the natural attributes and economic interests of Coos and northern Grafton counties. For more information about the organization, visit northcountryabc.net or find us on Facebook and Twitter.