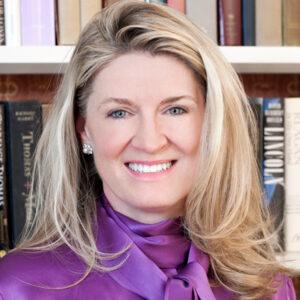 Wendy Long: Despite Reports, No Decision on Potential Senate Run

New Hampshire GOP insiders were abuzz this weekend with rumors that Republican Wendy Long had all but thrown in the towel on a 2022 U.S. Senate run, a claim that made its way into the Union Leader.

“It’s not official, but it’s looking more and more like Keene Republican Wendy Long, a two-time U.S. Senate candidate in New York, will pass on becoming the sixth GOP candidate trying to unseat Sen. Maggie Hassan, D-N.H. Word is the fundraising stake for Long to jump into this race hasn’t come together,” the Union Leader’s Kevin Landrigan reported.

But Long told NHJournal Sunday that reports of her campaign’s demise were premature.

“Kevin’s blurb isn’t accurate,” Long said. “I respect and appreciate everyone in the race so far, and our common goal is to defeat Maggie Hassan. I have until June 10 to decide how I can best contribute to that end, and neither before nor after that will I say or plant anything negative about my fellow Republicans. I think they’re doing a good job of keeping the primary focused and positive, which is essential.”

As for why the Granite State rumor mill has been hot with off-the-record reports that she’s not going to run, Long added, “It’s sad that someone wants to undermine me when I’m not even in the race and am working on behalf of us all to help remove the do-nothing, lying, Biden-Schumer career politician Maggie Hassan.”

Close Trump ally Corey Lewandowski has been hinting at a possible Long candidacy for weeks, and in the past he has had pointed criticism about the fundraising capabilities of the current field of candidates. But asked about Long on Sunday, the outspoken political operative was unusually restrained.

“Time will tell if anyone else gets in the Senate race – but time is running out,” Lewandowski said.

Political experts say time may also be running out for Hassan — if Granite State Republicans nominate an acceptable alternative. According to CNN, she is the sixth most vulnerable U.S. Senate candidate this cycle. Roll Call magazine ranks her number five.

“But her own upside-down favorability and Biden’s low approval ratings in the Granite State aren’t likely to help Hassan, who has tried to distance herself from the administration on issues such as immigration and gas prices,” Roll Call reports.

They are right about Biden’s approval. The president hit an all-time low in the NBC News poll released on Sunday, at 37 percent approve and 51 percent disapprove. In fact, Biden’s net approval is just one point higher than former President Donald Trump.

Some political observers have argued the GOP’s best chance of beating an incumbent in November is by nominating a woman, an argument Lewandowski has made several times in the past.

But is that woman Wendy Long? Not according to longtime New York City talk show host Mark Simone.

Simone’s conservative show is one of the highest-rated programs in the market, and he was on the air in 2012 and 2016 when Long for U.S. Senate in the Empire State. She lost both bids by more than 40 points.

Asked during an on-air interview Friday about a possible Long race in New Hampshire, Simone replied, “The good news I can report is that there’s nobody in New York who knows anything about Wendy Long.”

Commenting on her performances as the New York GOP nominee, Simone added: “I can see why she moved to New Hampshire. If you’re that much of a loser, I guess going to New Hampshire is going down to the minor leagues.”