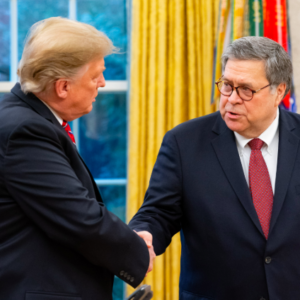 WELD: Trump Needs to Respect the Rule of Law

As a former US Attorney for Massachusetts and former head of the Criminal Division of the Justice Department under President Ronald Reagan, I have tremendous respect for the rule of law in our nation. It was John Adams, in drafting the Massachusetts state constitution who wrote that the Commonwealth must be “a government of laws and not of men.”

The American Bar Association designates May 1 as Law Day, a day that bears particular significance in 2019 as the rule of law is being challenged from the highest seat in American government.

The idea of a nation ruled by law, rather than by men, is a profound principle that became a cornerstone of the United States Constitution, but it is an idea that seems to be largely ignored by this administration.  President Trump sees no distinction between the nation and himself. He presumes that what is good for him and his family’s business interests is what is good for the country. This is a dangerous subversion of the Constitutional principle of the rule of law.

Barr’s own remarks make clear that his review of the Mueller Report was limited to whether to seek criminal charges against the President or members of his campaign on the issue of collusion. A dozen legitimate investigations stemming from the Russia probe are ongoing. Whether the President should be censured or impeached by the United States Congress for his actions against Special Counsel Mueller and the Justice Department, however, has yet to be determined.

It is not up to Barr to dictate terms to the House. Refusal to testify would do great damage to our constitutional system of checks and balances that make up the core of our system of governance. Confidence in our leaders and in our institutions is at the heart of our democracy. That confidence has been badly shaken by this president and now, by his Attorney General.

AG Barr has erred in both his stated opinion that the President could not be indicted and in his clear attempt to frame a narrative that favors and protects the President.

The 2000 opinion by the Office of Legal Counsel, whose job description is to give advice to the President personally, did not take into consideration that the U.S. Constitution says that a President remains liable to indictment, prosecution and punishment after he leaves office.

This Constitutional provision would be rendered meaningless if a President could totally and permanently escape indictment simply by being re-elected, which would allow him to coast past the five-year statute of limitations for federal crimes.

On Tuesday we also learned that Special Counsel Robert Mueller notified AG Barr in writing that his 4-page summary of Mueller’s report mischaracterized “the context, nature, and substance” of the document.  We also know that the second volume of the special counsel’s report clearly laid out the case for multiple instances of obstruction of justice by the President.

This is why it is more important than ever before that Special Counsel Mueller also testify openly before Congress and address the “context, nature and substance” of his investigation.

I resigned from the Justice Department in 1988 when I felt strongly that certain actions of that agency betrayed the confidence and trust of the American people and further undermined confidence in our institutions and the rule of law. It is long past time for those in positions of authority to similarly stand up, speak up, and take action.

The observance of Law Day 2019 is a good time to remind our elected leaders that while winning an election may give them a new title, it does not give them absolution from the law.  To be clear, had any other person in our country conducted themselves in the manner that our president did during the Mueller investigation, they would be facing obstruction of justice charges.