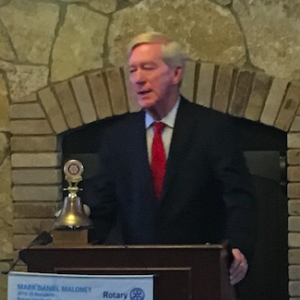 Weld: If Trump Is Re-Elected, Congress Should Immediately Impeach Him

For former Massachusett Gov. Bill Weld, the battle against the Trump presidency doesn’t necessarily end on Election Day. He says that if Trump is re-elected, Congress should promptly impeach him.

“I want the whole country to rise up as one and said, we’ve had enough of his crap,” Weld said of the Trump presidency. “And I’ve long said that one of two things was going to happen: Either the sober second judgment of the community’s going to kick in, which may be happening in the last month or so. I think the president’s gone a little bit further on the proverbial limb in terms of lashing out all day long. And people will look at that and say, hm, maybe that’s not my dish after all.”

And if not and Trump is re-elected?

“I think Congress should impeach him.”

Weld, who was campaigning in New Hampshire Friday, said he’d look to his past for perspective on the Trump presidency.

“I’ve recently read the law memo that Hillary Rodham and I wrote for the Nixon impeachment, and it’s very good. It’s balanced and makes it clear that conduct that’s not consonant with the conception of how the office should operate, including dignity, decency is grounds for removal. It doesn’t have to be a criminal offense.” 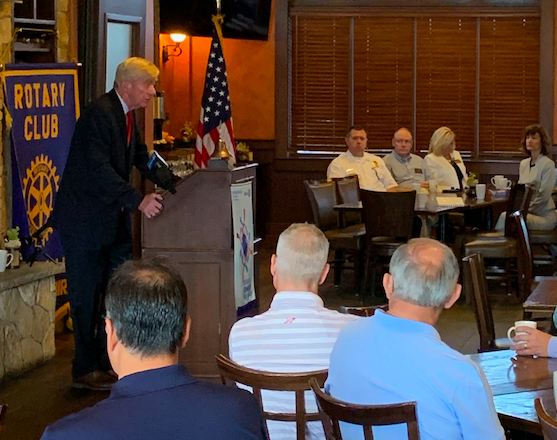 Not many Republican candidates would boast about their work with Hillary Rodham Clinton, but Weld isn’t a typical Republican. In a wide-ranging conversation with NHJournal, he wandered far afield of the small-government views he espoused as the Libertarian Party’s 2016 vice presidential nominee, particularly in the fight against climate change.

Saying he supports “carbon pricing but not carbon taxing,” Weld suggested that it was time for the federal government to interject itself into the energy economy to impact greenhouse gas emissions.  “It’s going to take contributions from everyone, it’s going to take undertakings by the United States and China and other industrialized countries to contribute to a resolution that will cut the amount of carbon in the atmosphere.

“It may even come down to Bessie the cow,” Weld said, referencing Green New Deal concerns about farming and its carbon footprint.

If that sounds like Bernie Sanders-style big government, Weld acknowledges you’re onto something.  “If you’re asking me where I am in terms of industrial policy, on a scale where Mike Dukakis is a 10 on industrial policy and Milton Friedman is zero, I’m a three or four. I’m not a zero.”

At the same time, Weld’s view of gun laws is mixed.  He supports so-called red-flag laws, for example, as long as they are accompanied by due process. At the same time, he opposes calls for universal background checks.

“I recognize the self-defense aspect of the gun debate.  And that’s one of the reasons I was not positively impressed by the president saying he wants ‘universal background checks on steroids.’ That to me is exactly not the way to go because it leads to concepts such as federal licensing of firearms.

“And if you read your history, you can tell where that one ends up: Hitler gets a law passed in Germany making it impossible for Jews to own firearms. Next thing you know, the Jews are exterminated,” Weld said. “Idi Amin in Uganda made it virtually impossible to own a firearm. Next thing that happens, the 50 percent of the country who didn’t support him were exterminated.  Joe Stalin in Russia is similar to Hitler, except instead of 12 million people killed, it was 20 million people killed.

“So that’s what happens [when you have federal gun licensing], absolutely.”

Weld is looking forward to debating these issues with any of his fellow Republicans who join him in the GOP presidential primary. Far from resenting the possible candidacies of former governors John Kasich (R-Ohio) or Mark Sanford (R-S.C.) or former Congressman Joe Walsh (R-Ill.), Weld is encouraging it.

“It’s very good because once there’s four or five of us, then the networks are going to have to have Republican primary debates. Even if the president won’t show up, there will be five other people who will.”

“I’ve known Joe Kennedy since the day he was born, I knew both his parents. I’d like to see him make the race. It would be nice to see what Joe can do.”