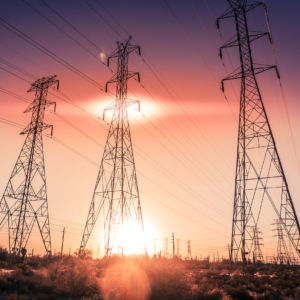 WEINSTEIN: Competition in Electricity Has Been Good for Consumers and Good for the Environment

Posted to Energy October 24, 2021 by NHJOpinion

Electricity used to be boring.  Public utilities that provided power to homes and businesses were regulated monopolies and, by law, guaranteed a fixed rate-of-return on their generation, transmission, and distribution assets. Prices per kilowatt-hour were set by utility commissions after lengthy testimony from power companies, wanting higher rates, and consumer groups, wanting lower rates.

About 25 years ago, the electricity landscape started to change as economists and others argued that competition could lead to lower prices and stronger grid reliability. Opponents of competition argued that consumers weren’t knowledgeable enough about power markets to make intelligent choices in a competitive pricing environment. Nonetheless, today 20 states have total or partial competition for electricity, allowing independent power generators to compete in wholesale markets and retail electric providers (REPs) to compete for end-use customers. (Transmission, in all states, remains a regulated natural monopoly).

A recent study by the non-partisan Pacific Research Institute (PRI) provides compelling evidence that competition in power markets has been a boon for consumers. Using data from the U.S. Energy Information Administration (EIA), PRI’s researchers found that wholesale electricity prices in competitive markets have been generally declining or flat over the last five years. For example, compared to 2015, wholesale power prices in New England have dropped more than 44 percent, those in most Mid-Atlantic States have fallen nearly 42 percent, and in New York City they’ve declined by nearly 45 percent. Wholesale power costs have also declined in monopoly states, but at a considerably slower rate.

As for end-users, states that have competitive retail electricity markets have seen smaller price increases compared with monopoly states. Again, using EIA data, PRI found that in 14 competitive jurisdictions, retail prices essentially remained flat between 2008 and 2020. By contrast, retail prices jumped an average of 21 percent in monopoly states.  The ten states with the largest retail price increases were all monopoly-based frameworks. A 2017 report from the Retail Energy Supply Association found customers in states that still have monopoly utilities saw their average energy prices increase nearly 19 percent from 2008 to 2017 while prices fell 7 percent in competitive markets over the same period.

The PRI study also observed that competition has improved grid reliability, the recent power disruptions in California and Texas notwithstanding. Looking at two common measures of grid resiliency, PRI’s analysis found that power interruptions were 10.4 percent lower in competitive states while the duration of outages was 6.5 percent lower.

Citing data from the EIA between 2008 and 2018, PRI reports that greenhouse gas emissions in competitive states declined on average 12.1 percent compared to 7.3 percent in monopoly states. This result is not surprising.  In a competitive wholesale market, independent power producers have an incentive to seek out lower-cost options, including subsidized renewables like wind and solar. By contrast, generators in monopoly markets have no such incentive as they can pass on higher costs to end-users. Perhaps the most telling case is in the monopoly state of Georgia where the cost to build nuclear Plant Vogtle has doubled from its original estimate of $14 billion 12 years ago. Overruns are estimated to cost Georgia ratepayers an average of $854, and there is no definite date for this facility to come on line. This type of mismanagement doesn’t occur in competitive markets.

Unfortunately, some critics are attempting to halt the momentum for electricity competition and have pointed to last winter’s “deep freeze” in Texas that left several million customers without power for up to a week. But this example is misplaced. Power outages in February were the result of unprecedented and severe weather conditions affecting electricity generation and fuel supply; the state simply did not have enough access to natural gas and wind generation to meet demand. Competitive power markets were not a factor.

Bernard L. Weinstein is emeritus professor of applied economics at the University of North Texas, former associate director of the Maguire Energy Institute at Southern Methodist University, and a fellow of Goodenough College, London. He wrote this for InsideSources.com.