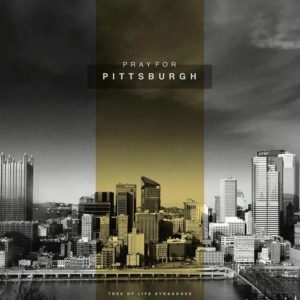 We Must Do Better

Every American, of every political stripe, should be horrified by the events of the last week. First, we saw a systematic attack on journalists, private citizens and past and present Democratic leaders, through a series of politically-motivated mail bombs. Then, on Saturday, tragedy struck in Pittsburgh, as 11 people were killed and six others wounded in an anti-Semitic attack on the Tree of Life Synagogue.

Last week did not happen in a vacuum, however, it happened as part of a toxic political environment, an environment that gets worse each day. It’s one thing to denounce extreme acts, it’s another to have the courage and strength to rebuild our political culture top to bottom. But that’s what it’s going to take because we must not go on like this.

We have been close, on multiple occasions, to both Republican and Democratic members of Congress being assassinated. We’ve seen people murdered, because of their faith, in their house of worship. We have seen journalists attacked. We have seen members of the public threatened as insane conspiracy theories lead armed gunman to appear in restaurants. All of this plays out against a backdrop of a daily coarsening of public life.

If you’ve attended a political event in the last decade, you’ve seen it. There’s a sharper edge, a new negative energy, a new willingness to attack and accuse. Close your eyes and imagine the lines that get the biggest applause at a political rally. What are you hearing? Chances are, it’s not a line that inspires hope. On social media, it’s even worse. There’s so much hate.  Where is Lincoln, surely one of the strongest of our Presidents, admonishing those that would divide us – “We must not be enemies. Though passion may have strained it must not break our bonds of affection” – and then reminding us of the better story to come – “The mystic chords of memory will swell when again touched, as surely they will be, by the better angels of our nature.”

We can’t keep going on like this. We can’t undo the past, but we can make the future better.

We have to stop talking about our political opponents and their supporters like they are the enemy and 100% wrong about everything they believe. When we can’t see anyone on the other side as thoughtful and human, just about anything becomes acceptable.

Unless we bring the country together and reaffirm the notion of unity and common purpose, we will live in a world of increased division and discord that will incite more troubled people to real and tragic violence.

The stakes are incredibly high and they demand people stepping forward and doing the right thing. We have to campaign differently and we have to govern differently. Even if it means losing an election. We can’t compromise our values and our decency every time the Oval Office or a Senate majority or a Supreme Court seat is at stake, because ultimately we’ll have nothing left. We’ll leave the next generation a shell of a country.

I believe there is still a deeper unity within us. Days after the shooting in Pittsburgh, I attended an interfaith service at Adas Israel in Washington. People from across the community stood in solidarity with our Jewish neighbors and friends, standing up against hate and against anti-Semitism.

We need to find ways to bring the country together again. We need to do real things like national service to unify our people. We need to start talking about where we can agree rather than where we disagree.  We need to work together to actually improve people’s lives, rather than settling scores and punishing our enemies.  We must do better on all fronts, and we can.  As Michelle Obama said, “when they go low, we go high.”  Our politics has gone really low in the last few years, let’s lift it up to new heights.