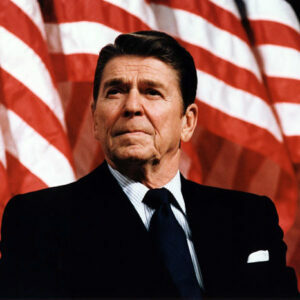 Wanted: The Next Ronald Reagan

Posted to Politics May 22, 2022 by Sarah Chamberlain

It’s the pandemic, but it’s also rising prices, the Ukraine crisis, mass shootings and seemingly endless political infighting that gets nothing accomplished while dividing families.

We need visionary leaders focused on empowering people, advancing policies both Republicans and Democrats can embrace, and renewing the spirit of American voters.

Republicans have spent the decades since the 1980s searching for the next Reagan to embrace small government, communicate an optimistic view of America and inspire us all to make it happen.

Reagan inspired us. He boldly confronted the Soviet Union and laid the foundation for ending the Cold War. He calmed us after the Challenger disaster.

He understood that no nation could long survive if its schoolchildren didn’t learn basic skills. He saw most Americans as good, honest citizens who want their children to love their country, worship God, and work hard to succeed. He disagreed with his opponents without demonizing them.

Today, sadly, neither party presents a compelling, unifying ideology to define their vision for a future that includes ALL Americans.

I often talk to people who describe themselves as conservatives who no longer identify as Republicans. Democrats who voted for Reagan in 1980 worried they’d be seen as disloyal but wanted to be part of a larger moment. In the 2020 election, we saw similar examples with so-called Biden Republicans, but polling indicates they would welcome a return to the GOP fold.

Reagan promised “Morning in America” as a metaphor for national renewal. His 1980 acceptance speech envisioned the American people themselves putting the nation on a path to prosperity, referencing the “shining city upon a hill” repeatedly over two terms.

Reagan-era platforms and policies focused on reduced taxes, energy independence, deregulation and strengthening families. His successors — regardless of party — embraced many of his policies: Bill Clinton recognized that “it’s the economy, stupid,” and “the era of big government is over.”

That essential unity of vision seems long past.

Republicans appear to have a significant advantage headed toward the midterms between President Biden’s dismal approval ratings, Democratic retirements, redistricting and historical trends. Of the 30 retiring congressional representatives, 22 are Democrats.

Voters will be hard-pressed to believe that the party controlling the White House and Congress doesn’t bear significant responsibility for rising costs at the gas pump and grocery store despite furious tweet-storms from the president, vice president and Democratic National Committee.

Despite what the extremes of both parties believe, governing must be bipartisan, particularly when parties hold narrow majorities. Democrats passed infrastructure — but only with the help of Republicans. Their bloated social spending plan failed because a bipartisan majority understands that voters are deeply concerned with inflation and fundamental pocketbook issues.

Democrats can’t get out of their own way. So when Rep. Hakeem Jeffries of New York tested a divisive campaign narrative of “We care, they don’t. We get stuff done, they don’t” — it fell on deaf ears.

Reagan understood that what you favor is as important as what you oppose. He viewed a seven-word toast — “our Federal Union, it must be preserved” — as among the most important any American has ever spoken. The speaker? Democrat Andrew Jackson.

We need civility. The people you disagree with are family members, colleagues and other struggling American citizens. We need a visionary leader will will unite them.

Politicians are too often inclined to speak only to the converted, creating a huge gap between the parties. Successful Republican candidates will learn from Glenn Youngkin’s Virginia gubernatorial campaign. He won over rural voters through conservative media and on-the-fence suburban women by demonstrating how he would work to move the state forward. He crafted a message that resonated despite party differences.

As the midterms approach, Republican candidates must focus on tone, inclusivity, international leadership, economic growth and values, emphasizing policy over rancor. They must embrace these values and project the right blend of substance, vision and advocacy for protecting and preserving a proud, strong and safe nation.

Sarah Chamberlain is president and CEO of the Republican Main Street Partnership. She wrote this for InsideSources.com.