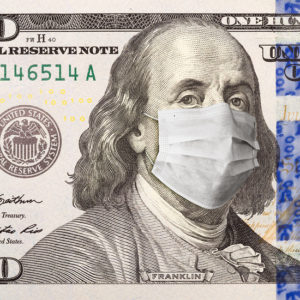 Posted to Energy December 03, 2020 by NHJOpinion

A recent editorial from New Hampshire’s Consumer Advocate Maurice Kreis called, “The PUC Gets a Really Bad Letter” missed the point of the N.H. House appeal to the Public Utilities Commission.

We legislators asked regulators to tap the brakes on future utility bill increases until the unknown consequences of the pandemic become known. What we do know: Hundreds of N.H. businesses have shut down permanently because of the recent nine-month economic slide.

Inflammatory rhetoric, such as calling our appeal a “full frontal attack on the state’s ratepayer-funded energy efficiency programs” misses this point. Nor is it accurate. An attack like that would have requested a cessation of the program altogether.

But our prudent call was simply for a temporary suspension of a large pending increase in energy efficiency charges.

We have no doubt that there are benefits to be derived from more energy efficiency. The question we pose is different: Can an economy ravaged by pandemic-induced lost income repel additional damage if its electricity and gas costs go up? Will the time lag between the increased costs and the benefits of energy efficiency prove more than residential and business customers can handle?

These questions are legitimate.

Since the article casts doubt on our claim that the increases will be substantial, let’s use the cited example. A corporate customer who uses 2.1 million kilowatt hours a month would spend $187,236 on the systems benefits charge each year at today’s rate.

In three years, should the proposed plan be adopted, that charge would increase to $612,864, an increase of $425,628 — that’s 13.5 percent of the company’s yearly electric bill. The three-year total increase in energy efficiency spending is $826,560. Yes, there will be benefits, but they will be long-term while the costs will be short-term.

We seriously question, and want the PUC to consider, whether such large increases will hinder the state’s pandemic recovery.

Notwithstanding the benefits that energy efficiency will provide, might there be higher priorities for resources in the next year, such as preserving jobs? Freezing the state’s energy efficiency program temporarily will not harm the existing vendors of program services, who will continue to function as before. But it will help contain costs for everyone else.

We realize that the PUC would not ordinarily consider these types of issues. But these are not ordinary times. We must consider all the jobs — in retail, restaurants, manufacturing, and others — that would never get created because of such big increases in energy costs. We don’t think N.H. needs to take that chance during a pandemic.

By Andrew Cline on April 05, 2022
If you believe EVs are America's transportation future, then all roads lead to... Maine? The…
Read More
News

By Michael Graham on March 31, 2022
After weeks of debate over the economics and ideology of a gas tax holiday in…
Read More